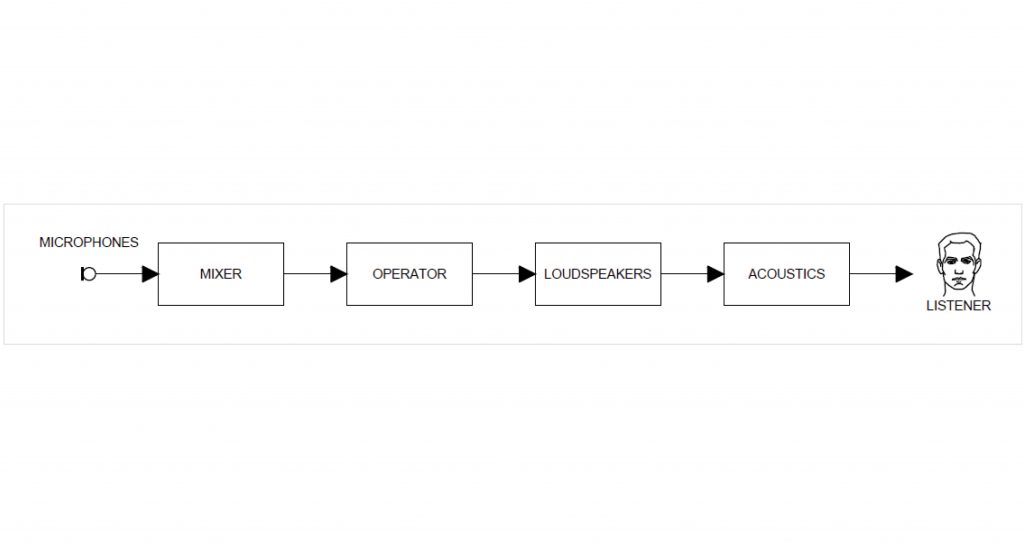 During my work, I am often asked to look at systems and advise why they are not performing as well as expected or desired. Sometimes, the answer is fairly obvious (to me, at least); take, for example, a church system where the left-hand-side loudspeaker in-fills were 10dB louder than the right, or where the gain structure was hopelessly adrift. Other times, some detailed measurements must be undertaken to find the cause of the problem. Nearly always, however, you are able to determine the basis—if not the direct cause—of the complaints by listening.

Occasionally, there are cases when I think the system is fine. However, clearly, there must be an issue for me to have been called in (such as the system with a Speech Transmission Index (STI) rating of >0.70—a tale for another time); maybe they just need some reassurance. Most times, the users or associated committee will have a good idea of the issues or, at least, the complaints; sometimes, though, the proffered causes are quite amazing. Equally, there are times when, upon asking what the problems are, I receive a reply such as, “Well, that’s what we are paying you to find out.”

Although that is undeniably true, just like a medical doctor, I need to know some symptoms to get started. There are occasions, however, when literally nobody seems to know what the issues are. They simply know that, most Sundays, the management committee receives complaints about the sound. That was exactly the case for a system I looked at recently.

It was a church, built around seven years ago, and rumor had it that the sound was never right from day one. The auditorium was effectively a semicircle, and it seated about 800 people. The enclosed and visually obscured loudspeaker system was in the form of a left-center-right split cluster, which, given the layout of the room, seemed a reasonable approach. I was surprised that the type of loudspeakers employed (although good quality) were expected to reach the rear tiered seating on the left and right sides; however, given benign acoustics, maybe it was possible. As it was put to me by the secretary to the church, the problem was either the system, the room or the operators; however, nobody could determine which, and, indeed, there were many who didn’t think there was a problem at all. Clearly, it was not only going to be an acoustically challenging problem but, in addition, a politically charged one!

The first thing to do, having been shown the mixing desk and system, was to banish all the interested parties from the room and “walk the floor.” Two things became immediately apparent: 1. the left-hand side of the auditorium received much better/clearer sound than the right, with the center part of the semicircle being somewhere between the two; 2. the left and right master faders didn’t control the left and right loudspeakers but, rather, the right and left, respectively. They were swapped around.

Now, on its own, these were not significant problems; however, they immediately gave me some insight, as no one had mentioned them, and, indeed, as it turned out, none of the operators was aware of that fader “feature.”

The other issue that the walk-around revealed was that the front two rows of seats (left, center and right) had poor clarity, and they were being poorly covered by the speaker arrays. Subsequent STI and frequency response measurements confirmed the walk-around analysis. I could now see why some people thought the sound was OK, even as others complained.

The next task was to measure the acoustic performance of the space. That consisted of measuring the reverberation time throughout the seating areas, making some experienced handclaps, talking into the main lectern microphone and, later, analyzing the room impulse response. Overall, acoustically, although semi-circular, the room was reasonably benign. There were some interesting focused reflections, as had been expected; however, those, although slightly annoying, were not causing significant harm. The reverberation time (unoccupied) was around 1.3 to 1.5 seconds—about right for the size and use of the space. So, that left the operation of the system as the final factor.

I sat through two services (well, sat and wandered around, actually), and I not only listened to the live sound in various seating areas, but also observed the sound system operators. That turned out to be a fascinating, if somewhat disheartening, experience. There were four or five teams of operators and, so, each team operated the system about once a month. Each seemed to approach the system as if it were a pool car. “Surely someone else is responsible for its maintenance and roadworthiness,” they would think. They were just there to drive it, after all.

To carry on with that analogy, it also soon became apparent that none of the operators possessed a valid “driver’s license,” nor, I suspected, had any of them had a driving lesson from a professional instructor. Now, when all you have is a simple four-channel mixer and a small congregation and space, you can get away with that. However, in a large space, with a 32-channel desk and a live band also to mix, it’s a very different proposition. (Oh, I forgot to mention that there’s a praise band, as well. Oddly enough, the management committee also forgot to mention them when they hired me!)

Now, I always say that, when you have a system with some performance headroom in it (and I don’t just mean electrical headroom but, rather, intelligibility headroom and feedback margin), you also have some room to maneuver or—to put it another way—a buffer to partially absorb the effects of a poor operator or operation. However, when you are working close to the margins, that buffer can be remarkably small; in that case, a good, experienced operator can get a system to sound quite good, whereas, with an amateur, soon all becomes lost. That was the case here. Although some minor tweaks could be made to the system and the room, it was, in essence, the way the system was being driven that was the main issue.

Now, the answer I need is how to fix that. How do you tell a volunteer operator that he or she isn’t up to the job? As you might have noticed over the years I have written this column, being diplomatic is not one of my talents; as a trained physicist, I say things as they are and as I find them. I will let you know how the issues were resolved another time, as they are still ongoing.

In the meantime, I thought the figure above might be of interest, as it shows the sound chain—and we all know any chain is only as good as its weakest link.