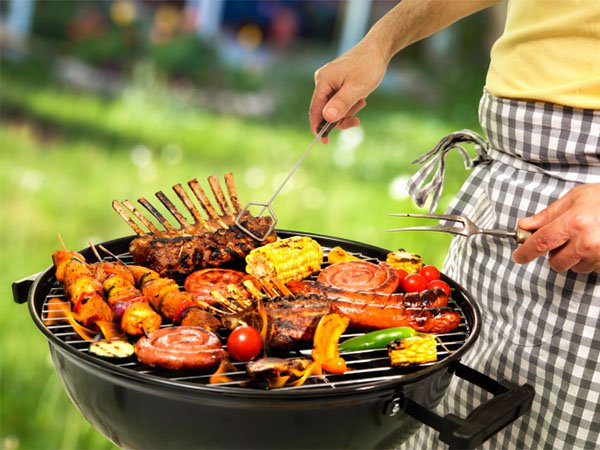 You’ll understand this grill graphic after reading. Trust us.

AV9000 Checklist Item Under Test: 6.2.5: The system is intelligible. The average STIPA measurement has been recorded at each location on the test plan, and is greater than 0.62 for all listeners.

Reasoning: A problem that any large-area sound system will have will be multiple arrival times of audio at a particular location. Sound travels through the air
at roughly 340m/s. If there is a main loudspeaker 30m away from a seat, and an un-delayed fill loudspeaker 1m away, the sound from the main loudspeaker will arrive significantly after the sound from the fill loudspeaker. If the two sound waves are relatively close in level, they could destructively combine and ruin the intelligibility at the listener’s location.

Loudspeaker systems in large facilities must be deployed and managed to account for different arrival times if announcements distributed by the system are to be understood well.

The Story: I’ve been grilling my meats on a propane grill for a very long time. I appreciate that charcoal-grilled meats taste better and have that awesome caveman feel to them, but you just can’t beat the convenience of propane. I really didn’t have any urge to use charcoal or an open fire to grill. All that changed, however, when I had to buy a new hose at Home Depot. Have you heard of a cowboy grill? It’s just the coolest thing ever…EVER! It’s a fire pit with cooking attachments, including a large grill, a spit, a raised “burner” for vegetables and even a hanger for a teapot. As the kids say, “I can’t even!”

Naturally, I had to bust this out at our next gathering, throw some steak on the grill and maybe even put a chicken on the spit. Why not? We’re cowboy cooking now! In my propane days, I had the timing down to a science. I knew when to start the chicken, wait on the steak and put the cheese on the burgers at the last minute, so it wouldn’t melt too much. It was beautifully orchestrated. My friends called me “The Grill Dancer.” (They didn’t…but I wish that they had.) The point is, I knew how to time everything so all the meat arrived at the table at the same time, so that everyone could just chow down. Once I busted out the cowboy grill, though, that was no longer the case. The hot dogs grilled up fine. The steak took a little coaxing. But the chicken on the spit never even got warm. We were grilling for four hours, and the internal temperature only got to 120°F. (It has to be 165°F!) It was a poorly implemented grilling system. Naturally, it got me thinking of commissioning AV systems.

Just as with meats at a cookout, you want sound to arrive at a listener’s ears at roughly the same time. (You know what I mean.) A slight difference in arrival time might not be that bad, but, if there is too much delay, the words cannot be understood. Speech might be fatiguing to listen to for extended periods of time (and I can’t think of anything worse than crowds of people falling asleep at a stadium). This is very similar to echoes heard in a large room that has very reflective surfaces. With echoes, the audio source bounces around the room and arrives to our ears at different times due to the different paths it took to get there. In the case of a stadium, there are multiple audio sources, with some audio traveling 30m through the air, and with some only traveling 1m. The resulting degradation of intelligibility is the same.

The second bit of good news is that it is very easy to make sure large-venue audio systems are intelligible for the audience by using the Speech Transmission Index for Public Address (STIPA). It’s a fast, simple method to determine a system’s intelligibility by comparing a known complex waveform to the waveform “heard” (measured with microphones) at various locations throughout the space. Any system with an average STIPA over 0.6 throughout the space is considered to have “good” intelligibility; 0.75 would be “excellent.” In other words, if the waveform measured at the different locations is close to the original waveform, you have an intelligible system. If multiple arrival times destroy the waveform at a listening location, you don’t.

Don’t get me wrong—to measure intelligibility is straightforward. To design and install stadium sound systems that are intelligible is not. It takes years of experience and complex modeling programs to get it right. But, when you do get it right, and the family in the mezzanine section, Row K, Seats 14-17, think that the clear, beautiful announcer’s voice is coming from home plate—as opposed to the myriad loudspeakers from which it is actually being distributed—it’s a beautiful thing.

If only they had modeling software that took into account charcoal weight and spit height to estimate cowboy grill chicken-roasting performance…. I really don’t mind practicing, though. 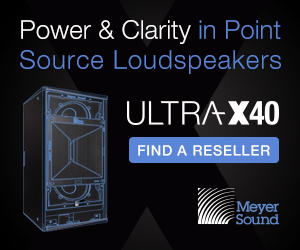