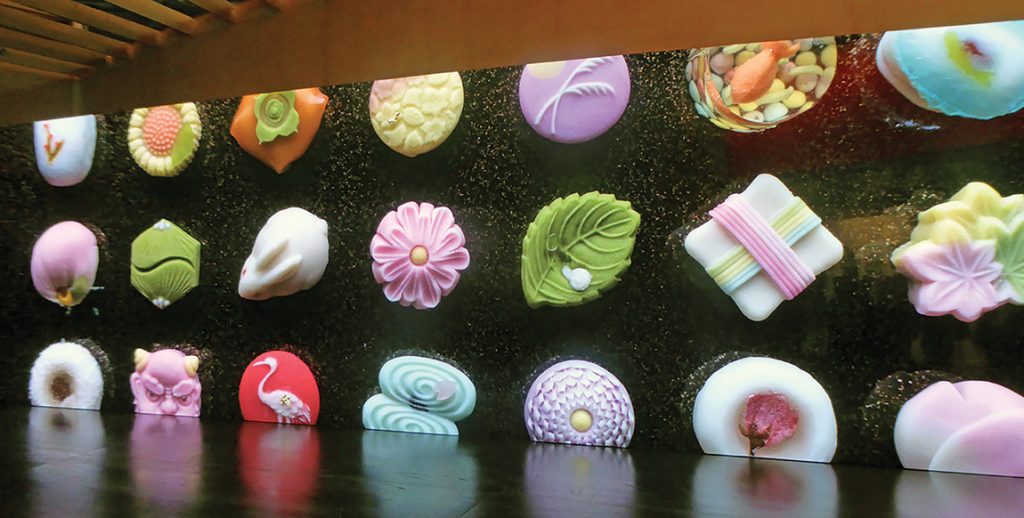 This is a demonstration of ultrafine “micro” LEDs combined with a unique surface-mounting technique to deliver a visual experience beyond conventional LED arrays.

Although I found much of the new consumer technology at CES 2017 to be mundane, I was struck by one thing: the increasing dominance of light-emitting diodes (LEDs) as the preferred choice for direct-view televisions, computer monitors, and large indoor and outdoor displays.

The humble LED began life way, way back in 1907, with the discovery of electroluminescence by HJ Round of Marconi Labs, while Oleg Losev claimed to have developed the first LED in 1927. In the 1950s, research into electroluminescence continued at GE, RCA and Texas Instruments, using semiconductor compounds based on the rare earth metal gallium.

Although engineers at Texas Instruments obtained the first patent for an infrared-emitting LED in 1961, Nick Holoyak, Jr., a GE scientist, is credited with inventing the first LED to emit visible light. Still, the widespread use of LEDs in electronic equipment was limited by the high per-unit cost of a few hundred dollars.

It took breakthroughs by Monsanto in 1968 and Fairchild Semiconductor in the 1970s to reduce the cost to a few pennies. Along the way, the family of colors grew to include red, yellow, red-orange and green. Nichia Corporation developed the first practical high-efficiency blue LED in 1994, which led to the development of white LEDs that combined a blue compound with yellow phosphors.

Separately, in 1987, researchers at Eastman Kodak developed the world’s first multi-layer white OLEDs, combining blue- and yellow-emitting compounds. (This technology and its associated IP were licensed to LG Electronics and are still used in its line of OLED televisions.) Throughout the 1980s and 1990s, numerous companies were working on organic compounds to produce red, green, light blue, dark blue, yellow and orange OLEDs, including Philips/Osram, Sony, Toshiba, Samsung, LG Display, Cambridge Display Technologies and DuPont.

Today, LEDs are the backlight of choice for virtually all LCD televisions and monitors, using either edge illumination with optical waveguides or direct illumination in zones. Both approaches are based on white LEDs with separate red, green and blue color filters. For large stadium, concert and public displays, inorganic LEDs have captured the market, producing images with extremely high brightness (3000 to 8000cd/m2). And, of course, you can now buy OLED televisions, while several models of tablets and smartphones use RGB OLED display screens.

The pace is only going to pick up. The latest “hot” LED technology is micro LEDs. RGB pixels manufactured this way have dot pitches as small as 1mm, with some prototypes shrinking even further. Consider that 4mm was considered a “fine” dot pitch in LED displays for more than a decade; now, we’re seeing large videowalls with 8K resolution and typical pitches of 1.8, 1.2 and 1mm, comparable to the pixel pitch of 42-inch and 50-inch plasma displays and TVs from the late 1990s!

That’s not all. By harnessing the energy emitted by blue LEDs, we can now show images with high dynamic range and a much wider gamut of colors than the current ITU BT.709 color space allows. This is accomplished by inserting a special film into the light path of LCD displays, one that contains millions of tiny nanoparticles called quantum dots (QDs).

These particles exhibit a quantum effect when bombarded with photon energy. That is, they emit photons of pure, intense colored light. The wavelength of that light is dependent on the size of the dot and has a narrowband (40nm) characteristic. In the latest crop of LCD TVs equipped with QDs, blue LEDs stimulate red and green emission, with some of the blue LED energy used for color imaging.

The result is pretty spectacular, with bright, saturated colors far beyond anything we’re used to with conventional televisions and monitors. And QDs are fueling the growth of UHDTVs with high dynamic range and wide color gamuts. (OLEDs can also reproduce HDR/WCG pictures, but only achieve about half the peak brightness.)

Things won’t stop there. Several companies are working on an LED chip with embedded QDs to eliminate the optical film, reducing the LCD “stack” and improving light transmission. Ultimately, an electrically-stimulated QD array with red, green and blue elements will come to market, leading us away from transmissive imaging back to emissive imaging with its super-wide viewing angles, deep blacks and high contrast.

Add in the fact that LED lighting is supplanting tungsten, halogen and fluorescent lamps in everything from car headlights to back yard spotlights and workbench fixtures, and you can see that LEDs are, indeed, becoming the dominant illumination system for the entire world.

Over the past two years, I’ve re-lamped my house with LED bulbs, as their cost has dropped considerably. And I was surprised to learn on a recent visit to Home Depot that the fluorescent work lights I’ve used in my basement for years are now on the endangered species list, replaced by LED-equipped models.

My 2015 Mazda MX-5 uses LEDs everywhere, except for the interior dome light (???). At CES, LG Display showed off flexible car dashboards using standard and transparent OLEDs, along with half-pipe and double-sided 4K OLED displays, with the latter measuring just 11mm in thickness. Samsung’s sport watches all feature bright, colorful OLED faces, and their Galaxy smartphones and tablets have used OLED displays for a few years now.

From an environmental perspective, LEDs are considered to be “green” technology, even though blue LEDs use a compound of gallium, arsenic and indium. Arsenic is, of course, a toxic heavy metal, along with lead and cadmium, and its use is restricted in Europe by RoHS regulations. For that matter, quantum dots can be manufactured cadmium selenide (brightest and most saturated colors) or indium phosphide (better for the environment, but not as efficient as cadmium selenide). It depends on where the TV manufacturer is based; CdSe is popular with Chinese TV manufacturers, but Samsung prefers InP encapsulated in a zinc coating for stability.

Long term, expect to see thinner displays with higher resolution, bright colors and high contrast. Maybe we won’t see the transparent tablets that were so prominent in Avatar (they wouldn’t make sense anyway, in environments with high ambient light levels), but they will flex and be thin enough to slide into the skinniest of carrying cases.

And we can thank LEDs for making it all possible….