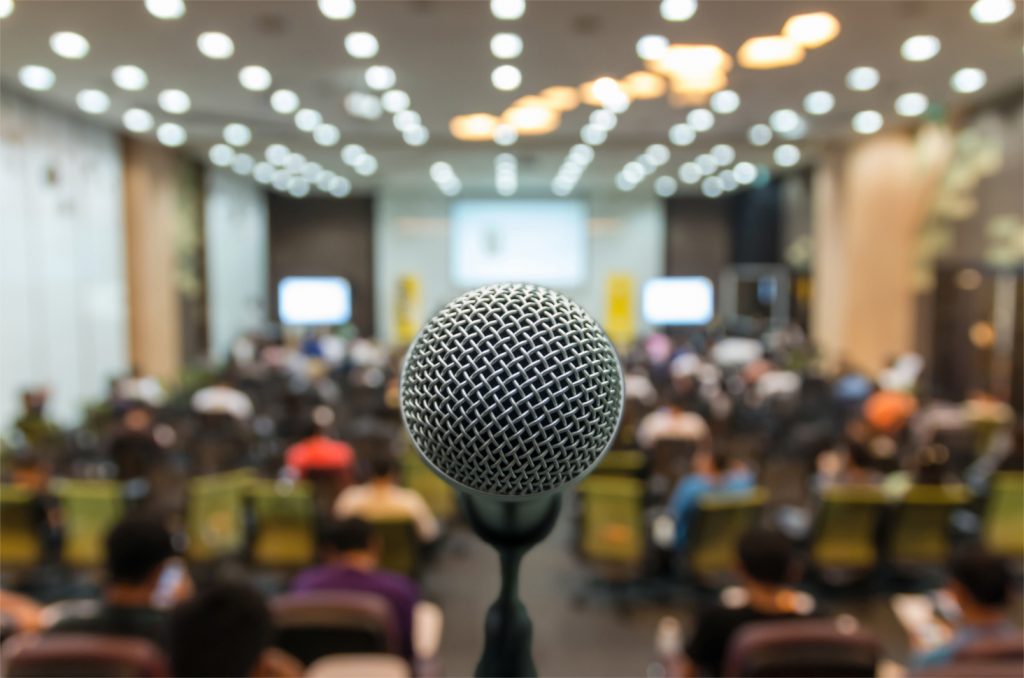 Any day now (if it hasn’t already happened by the time you read this), InfoComm will be releasing a new version of the ANSI/INFOCOMM 1M-2009 Audio Coverage Uniformity in Enclosed Listener Areas standard. Originally published in 2009 to help you maximize the performance of a sound system, this standard provides a way to measure an audio system for uniform coverage and classify its performance.

The 2017 release of a new version of this standard is notable because the original version was the first standard InfoComm ever published, and the new version is InfoComm’s first-ever upgrade. It’s strange to think that we consider an eight-year-old standard over the hill but, yes, we do, and a task group of your peers has been running it through its paces. The result? A more user-friendly standard that takes advantage of 21st century technology.

Why update in the first place? Because standards are living documents. If you’re not familiar with the way most standards are developed, here’s the elevator version: Once a problem is identified (in this case, uneven audio coverage), a standard developer gets a group of experts together to figure out how to fix the problem, and a draft is created to share with the public. Comments are received and reviewed, and the draft is revised accordingly. The standard is submitted for approval and then published. It is adopted by its industry, taught in courses, included in certifications and considered the “go-to” reference.

But as time passes, a standard may need some tweaking. Or it may not even be relevant anymore. Sometimes, it stays exactly the way it was written for many years. (Note that the ANSI five-year guideline sets up the beginning of the review/update/replace process.)

Because InfoComm is an accredited ANSI (American National Standards Institute, a not-for profit organization) standards developer, one of the rules we follow is to make sure a standard is reviewed at the five-year mark. After reviewing a standard and analyzing the current environment, a decision is made by a newly-gathered group of experts to revise, reaffirm or withdraw the standard.

It’s a significant undertaking. Why did InfoComm pursue ANSI accreditation? For starters, InfoComm wanted to create internationally applicable performance and management standards for AV systems that met the highest procedural requirements available. Because InfoComm’s headquarters are in the United States, ANSI was the accreditation we needed. ANSI is the one and only US delegate to international standards bodies such as ISO, IEC and ITU. If InfoComm’s headquarters were in Germany, we’d be developing DIN standards; if we were in the UK, they’d be BSI standards, and so on. So, if you practice commercial AV outside the US, don’t be put off by the ANSI label. Understand that it is a sign of quality and indicates that a very rigorous development procedure has been followed. And remember, every standard is an InfoComm standard first. Should we decide to take a standard to ISO, we must go through ANSI.

Five years after the original Audio Coverage Uniformity (ACU) standard came out, problems with uneven audio coverage still existed, so the task group analyzed the existing standard and took the necessary time and effort to improve it. Here’s what’s new:

What we have here now is a standard for audio coverage in enclosed listener areas. “Enclosed” isn’t a thing anymore. This standard doesn’t apply to cinema or home theater, but you can use the measurement procedures in most listener areas. In addition, the Standards Steering Committee developed a logical nomenclature for all standards moving forward, so the name and number are now officially A102.01:2017, ANSI/INFOCOMM Audio Coverage Uniformity in Listener Areas. Find it at www.info comm.org/research when it’s available.

One major complaint about the old standard was that it required too many data points. With the new standard, there’s no need to determine critical distance. There are fewer data points to process, so post-processing and report time are shorter.

This time around, there are 10 illustrations in the standard, because a picture says a thousand words.

The new standard includes a process map so you can easily follow the prescribed procedures.

So, that’s what’s new in the 2017 ACU standard. What’s different or no longer part of the standard?

The task group worked scientifically through options and decided on a very different method of measurement for point-source systems. Ample explanations and illustrations are provided, and the group soundly based the change on precedent standards.

As I alluded to earlier, the task group shied away from rigid “grading” systems for the new version of the standard and chose instead to classify the performance of a sound system based on five coverage envelope values (expressed in unweighted decibels). You still must create a report that shows the classification, along with other requirements, but with the new ACU, you’re not passing or failing a system.

The old standard required some pencil math; the new one doesn’t.

With better measurement platforms, the user of the 2017 ACU standard will gain a much better understanding of exactly how a system is performing, opening the door for all kinds of opportunities. There will be greater consistency in results and reporting, and less time in the field taking measurements. Using the standard will not only bring about the opportunity for more uniform coverage, it will open the conversation between consultants, contractors, owners, end users and technology managers about the performance of their sound systems and the resulting classification.

This new standard is a win-win and the result of many hours of work by a dedicated task group of AV experts. It was a privilege to watch them work through the issues and resolve them. If you see them around, be sure to thank them, because their dedication to this effort brought about an excellent, highly useful process to benefit the entire industry. Heartfelt thanks to group moderator Thom Mullins from Affiliated Engineers; Ben Boeshans, CTS-D, from Idibri; James Colquhoun, CTS-D, CTS-I, from Avidex Industries LLC; Alec Graham, CTS-D, CTS-I, from the Citadel Group, and Kenneth Kruse from Audability

If you missed the ACU standard the first time around, download the new version and let us know what you think. If you used the first one, please upgrade to the latest version and email us to let us know how it went. You can drop me a line directly at abrigida@infocomm.org.

You’ll be able to find the standard at www.infocomm.org/standards. InfoComm members can download it for free. The standard is easy to understand and the process map illustrates the flow beautifully. But, if you like step-by-step help, a design guide and a field guide are already in the works. Stay tuned….