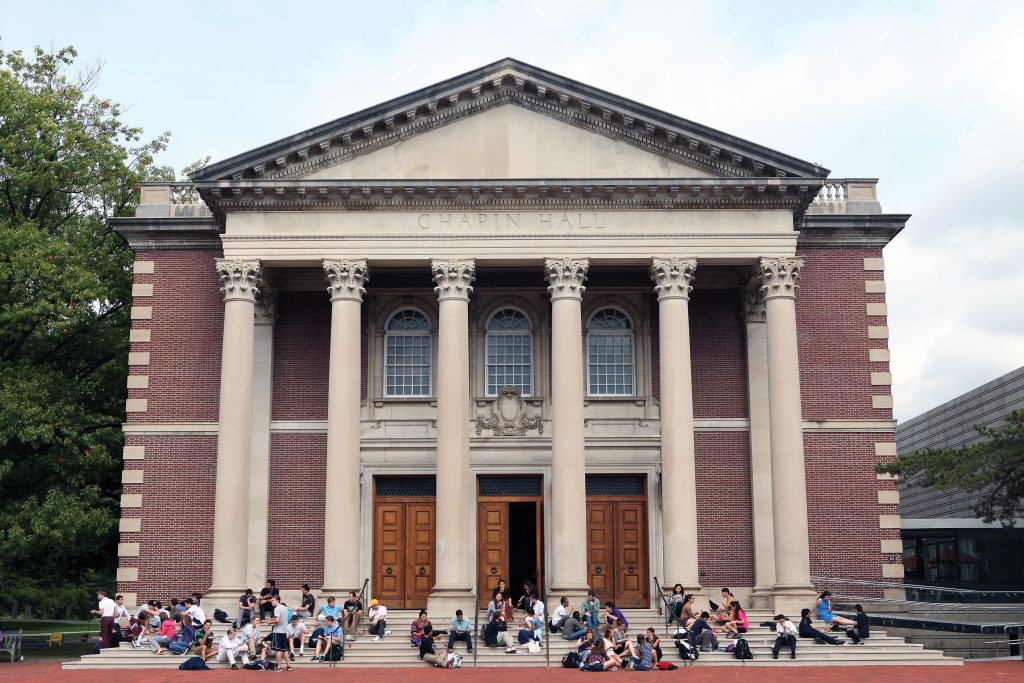 Chapin Hall is a historic concert hall on the campus of Williams College in picturesque Williamstown MA. Built in the 1920s and widely recognized for its resonant acoustics and period architecture, the hall is used as a performance space for Williams’ Music Department concerts and recitals, as well as concert events of the popular Berkshire Symphony. In addition, the hall has traditionally hosted important landmark academic ceremonies, including the college’s Baccalaureate and Convocation programs and public events. Inevitably, the beautiful venue, often described as the “gem” of the campus, had begun to show its age, and a multiyear project was launched to address the issues and rejuvenate the 900-seat hall.

According to Williams College’s Senior Project Manager, Bruce Decoteau, “The overarching goal was to bring the hall into compliance with current building codes and to introduce new technology to satisfy the needs of all the different groups who use the space while preserving the historic hall’s classic architecture and grandeur.”

More than a restoration, the project would equip Chapin Hall, the largest venue on campus (outside of sports facilities), to better serve current users, as well as provide new technology to expand its uses. As an example, with no permanent projection system, every presentation that required projection required an outside contractor, the rigging of a temporary projector and setting up a portable screen. A new projection system would facilitate the speaker or panel conducting a lecture or event’s ability to project images, supporting documents or film. A redesigned audio system and improved acoustics would increase the hall’s value for solo artists and performing ensembles, as well as making it an attractive venue for new events.

With 30 years of experience managing building projects for Williams College, Decoteau’s project management skills played a central role in the hall’s redesign. To reach consensus on what improvements would best serve the college, a design charrette was conducted where all the stakeholders gathered on the stage to exchange thoughts about what they thought Chapin Hall should be and how it could be improved. Stakeholders included music department leaders, college event planners, Ann Beha Architects of Boston MA, construction managers and expert AV consultants. The team exchanged ideas, taking measurements and notes that would ultimately develop into a comprehensive project plan.

To implement the new building designs, the team organized the project into three phases using a CM at Risk (CMAR) model. “The CM schedules and bids all the work to subcontractors,” noted Decoteau. Two CM firms, Consigli Construction of Milford MA and Shawmut Design and Construction of West Springfield MA, provided the construction and engineering expertise to complete the phases of this challenging project.