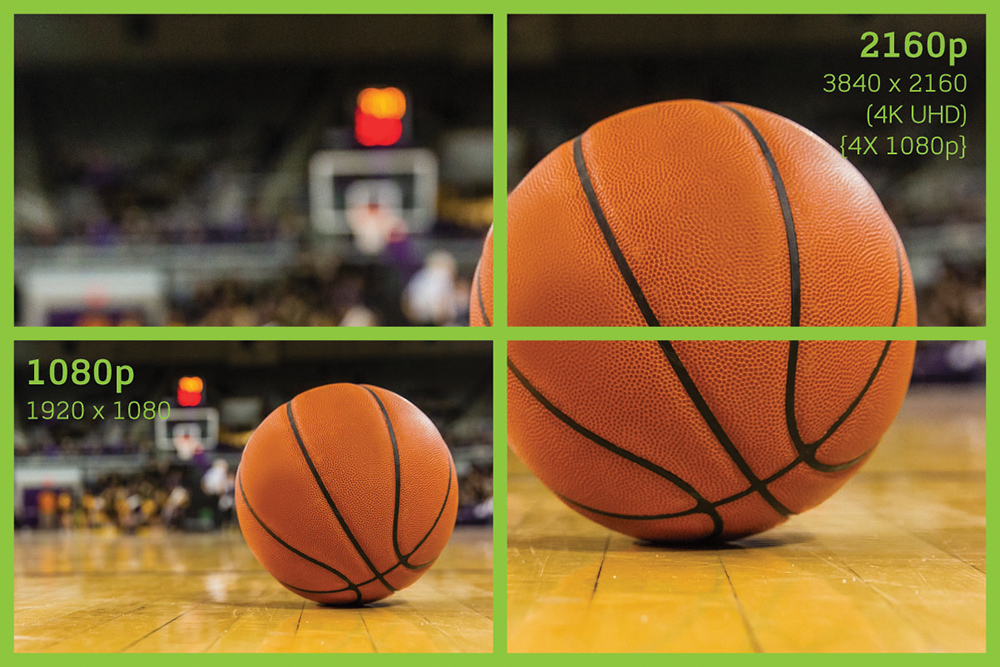 According to a 2015 survey, nearly 40% of integrators are already deploying or working with HDBaseT technology, and that number is expected to grow. HDBaseT allows AV displays to be installed using the same materials and skills currently used for a LAN infrastructure, creating big opportunities and a new source of revenue for datacom installation experts. By understanding the finer points of this convergence, datacom contractors can become AV experts for their customers.

Here, we’ll answer some common (and not so common) questions about the capability of HDBaseT technology, and we’ll provide an overview of cabling system requirements for supporting high-density, digital audiovisual distribution for signals up to 4K and beyond.

HDBaseT is a technology that enables faster, simpler installations of large-format displays. This is accomplished by using a single category-rated cable to carry the high-bandwidth signals required for high-resolution displays across distances up to 150 meters.

HDBaseT is widely adopted as a reliable, plug-and-play HDMI extension method. With an HDBaseT AV signal extender, you can turn a tested, certified datacom permanent link into an IT/AV channel that is more reliable and flexible than traditional HDMI cables or multi-conductor systems.

HDBaseT is compatible with 4K video, but the distance at which the HDMI signal is extended can vary based on the HDBaseT class, the strength of the HDMI signal and the specific implementation of the HDBaseT technology by the manufacturer. Common video signals include 1080p and 4K (2160p):

HDBaseT 1.0 was initially introduced as a point-to-point connectivity standard, and defined the 5Play feature set (video, audio, control, Ethernet and power). HDBaseT 2.0 adds several enhancements, including expanding it as a multipoint-to-multipoint technology, as well as supporting multi-stream and daisychain. HDBaseT 2.0 also includes USB for multi-touch and KVM applications; improved performance for 4K (UHD) video with enhanced error correction, and fiberoptics as a means of transmitting HDBaseT for longer distances.

For more information about HDBaseT classifications and specifications, go to www.hdbaset.org.

Other capabilities of HDBaseT 2.0 include daisychaining and multi-streaming. For more information about these features and to see how different manufacturers implement these technologies, go to www.hdbaset.org/certification. (See Figure 6.)

Although HDBaseT-integrated devices offer additional network flexibility, there are limitations to consider. Devices, such as the integrated projector, typically are not capable of supporting Power over HDBaseT (PoH), meaning that these devices cannot power the HDBaseT transmitter from the receiver end, which could limit network layout and organization options.

Other considerations include control (IR, USB, RS232 and IP) compatibility, which should be confirmed prior to specification. For more information about device control compatibility and features, go to www.hdbaset.org/certification. (See Figure 8.)

HDBaseT enables the transmission of AV signals at speeds up to 18Gbps and a frequency of 500MHz (HDBaseT 2.0). TIA UTP cable specifications define the frequency capability for Cat5e at 100MHz, Cat6 at 250MHz and Cat6a at 500MHz. When driving a PAM-16 signal (similar to 10GBASE-T) more than 100 meters, signal strength and complexity are greatly increased, causing alien crosstalk (AXT, signal crosstalk from one cable to another).

AXT is created in a channel by other cables and connectivity outside and in close proximity of one another. In Figure 9, there are six disturbers around one victim. The signals carried by the outside disturbers impact signals transported by the victim.

Unfortunately, AXT cannot be predicted effectively, and therefore cannot be reduced or eliminated through noise cancellation techniques within active equipment. AXT can only be controlled through design and installation of proper cable and connectivity.

Leviton conducted a series of tests to verify the capability of different category channels, cable and connector types. Testing concentrated on the effectiveness of the extenders at their maximum distance capability (shorter distances may have better performance) and was conducted using 1080p/60fps video sources. (See Figure 10.)

Although Cat 5e channels can carry HDBaseT signals in a point-to-point link, they do not support HDBaseT in real-world, high-density installations with adjacent data or HDBaseT channels. Using Cat 5e UTP cable in these applications led to signal dropouts and total link loss because the channels are not designed to resist alien crosstalk.

Cat5e cabling of all types is not designed to deal with AXT. This report shows the results of testing two Cat5e links for AXT margin, one victim and one disturber. Adding a single disturber results in signal loss. (See Figure 11.)

We will conclude this discussion next month.