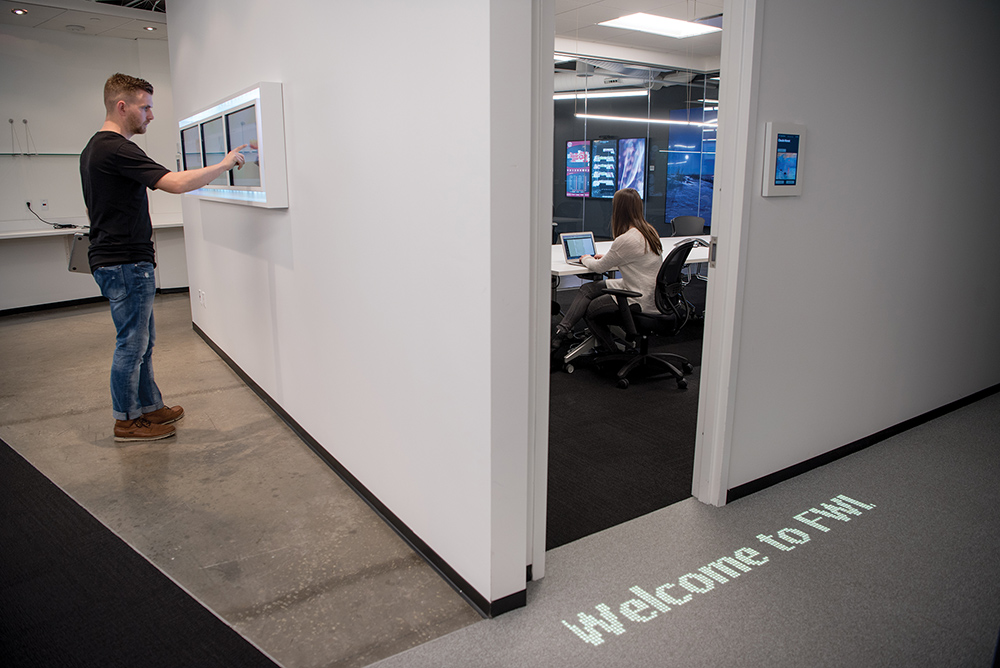 Let’s play a word game: What comes to mind when I say, “The future of visual communications is…”?

If you said videowalls, you’re correct; you get 10 points. Forward-looking companies are starting to graduate from standalone screens and modest clusters of screens to large interactive banks of wall-mounted screens that generate off-the-charts customer engagement numbers because of the immersive experience. Every large wall space becomes a potential visual communications experience, and we all know there are an awful lot of walls in the world.

Let’s play again: “The future of visual communications is….”

I heard someone say smartphones. Also correct! You get 20 points. Visual communications is beginning to make the leap from fixed screens in kiosks and on walls to the personal screen that all of us carry. The ubiquity of iPhones, Droids and other mobile devices is opening up enormous opportunities for reaching employees, customers, patients and other audiences. Every smartphone in the world is a potential vehicle for visual communications, and I don’t have to tell you how many phones there are around the globe.

Let’s play again: What else fills in that blank? Did I hear someone say “tables?” “The exterior of your office building?” “The light fixtures at the mall?” “That pair of sneakers the brooding teenager is wearing?” “The floor under your feet?” “The baseball cap on that pitcher?” If you answered any of those things, you get 1000 points because those are all correct. And so is any other item you can think of, because the future of visual communications is everywhere, thanks to emerging technology that makes it possible for nearly every mundane object in the world to become a screen.

Think about the carpet in your office: It’s just carpet, you may say. But when I look at that same carpet, I see a wayfinding solution that greets visitors, directs them to their meeting, provides the names of everyone they will talk to, and directs them to the restroom when it’s time for a bio break. That’s not science fiction: Four Winds has the country’s first digital carpet installed in our headquarters. It’s not only incredibly cool, it’s also incredibly helpful for making visitors feel at home, and ensuring that meetings start on time. 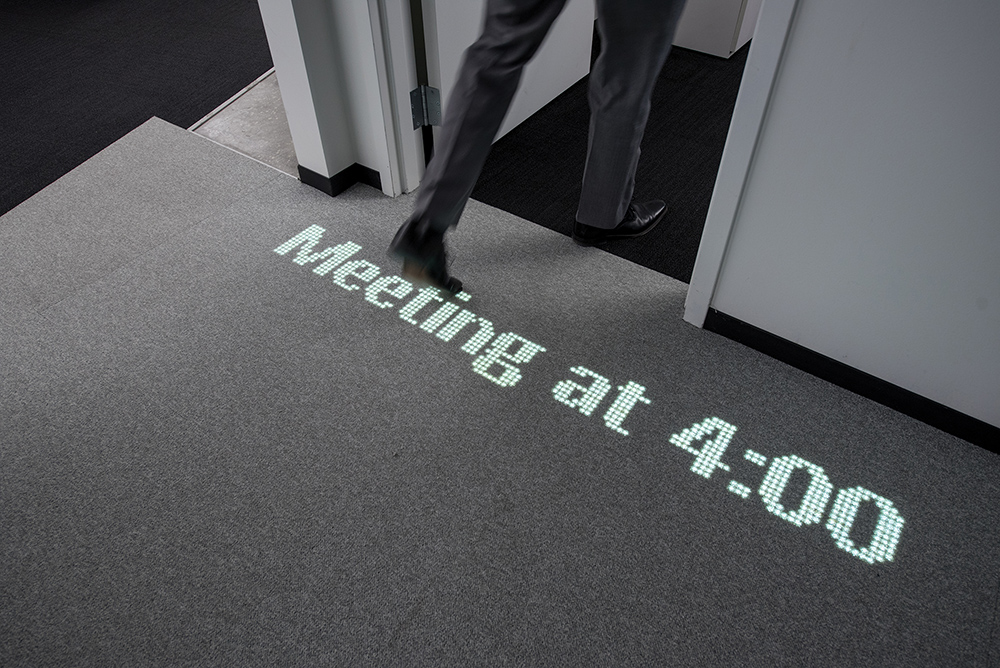 But it doesn’t stop there. Look around you right now, regardless of whether you are in your office, at home or in a public environment. Observe the number of surfaces that are not being used. Surfaces on objects, such as benches and chairs and light fixtures and backpacks and doorways and windows. All of those are potential screens that can be employed to communicate with people in really creative ways.

It’s possible with emerging technology based on the Internet of Things (IoT) that, among other things, enables very small electronics to be integrated in any surface and controlled remotely. IoT technology has dramatic applications in nearly every industry, including wireless sensors for industrial equipment, closer coordination of medical devices in healthcare and environmental monitoring in remote locations. However, I believe that one of its most dramatic and visible impacts will be in the field of visual communications because, when any surface can become a screen, the potential for our industry is limited only by our imagination. The applications for large videowalls and smartphones are dwarfed by what is possible with IoT-enabled smart surfaces that can become screens that communicate with people.

With any technological breakthrough, there are questions about how to use it in the right way. That will be no different with every surface having the potential to be a screen. I mentioned “mundane objects” for a reason: No one would want to see the exterior of the White House turned into a screen. And no one would want the face of El Capitan in Yosemite to be turned into a screen. They won’t. I also don’t think public spaces will become a cacophony of visual stimuli from the overuse of these screens. Our industry has learned through experience and data analysis that the old saying, “Less is more,” is a nugget of wisdom for a good reason. Our industry’s use of screens is moving toward greater nuance in a way that I am very proud of, and I believe that will remain true with these new kinds of screens on unconventional surfaces.

Our industry is not a new one by any measure, but the truth is that we are just scratching the surface of what visual communications can do. The ubiquity of screens in all of their forms, traditional, mobile and unconventional, is opening up a new era for us. As some wise men once sang, “B-b-b-baby, you ain’t seen nothin’ yet,” and boy were they correct.