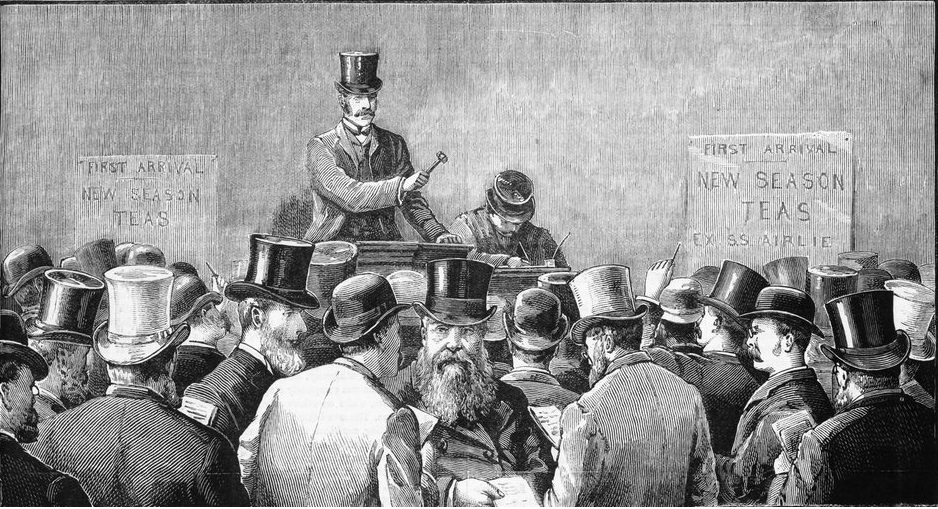 A press release that crossed my desk today from the National Association of Broadcasters (NAB) mentioned that the first phase of the Federal Communications Commission’s spectrum auction has just concluded.

It would appear that participation on the part of bidders wasn’t quite what everyone expected. Back in the days of the digital TV transition eight years ago, then-Federal Communications Commission (FCC) Chairman Julius Genachowski made repeated claims that the US was facing a “spectrum crisis” and that more radio spectrum would have to be re-allocated for wireless broadband and mobile phone (data) services.

Of course, Congress quickly jumped on the bandwagon, calling for a spectrum auction with the expectation that billions of dollars would soon be flowing into the coffers of the US Treasury. Companies as disparate as Google and Verizon expressed an interest in purchasing large swaths of the UHF television band for expanding mobile services, disregarding the fact that these channels really don’t work all that well for the intended purpose, particularly inside buildings.

For this round, after several fits and starts, and numerous dueling press releases between lobbying groups and the FCC, the auctions started in March. An initial target of $88 billion was set to clear as much as 120MHz in channels, but the most recent round (27) just closed as I’m writing this, and bids have only totaled $22.4B, just 25% of what the FCC hoped to clear.

Not only is the spectrum not as valuable as they expected, the next round of bids will be lower and may prompt some would-be broadcasters to reconsider their decision to sell and get out. Could it be that they’ve realized that a 6MHz digital TV channel is a lot more valuable than broadcasters originally thought?

This news should be of particular interest to any of you using wireless audio products. You’re probably wondering where you’ll have to relocate your systems, or if there will even be any open spectrum for relocation (900MHz, anyone?). So hang in there, this isn’t a done deal yet.

The ultimate irony of the FCC’s involvement in spectrum auctions is that, in its original charter, the FCC was established to “regulate the airwaves in the public interest,” not raffle them off, but that horse escaped from the barn a couple of decades ago.

The transition to digital television broadcasts was treated more like a nuisance by many network-owned stations and broadcast groups back in the early 2000s. The main focus of a general manager was to make sure his or her station was carried on the local cable TV system, and some very interesting engineering compromises were made to that end (such as nine minor-channel standard-definition broadcasts carried on one major channel in Palm Springs CA!).

But there is clear evidence now of cord-cutting on the upswing, particularly among younger consumers who have no interest in pay TV subscriptions. They’d rather stream programs over the internet, and more ambitious types have even installed indoor and outdoor TV antennas to get their local stations free of charge.

In Los Angeles, an antenna will pick up at least 27 major (physical) digital TV channels with an astounding total of 130-plus minor channels of programming, some of it in foreign languages. In my home market of Philadelphia, it’s possible to grab more than 50 minor channels of TV with an indoor antenna, depending on location. And with a rooftop antenna, even more come in from other cities.

Lurking in the shadows is the next-generation digital TV standard, ATSC 3.0. It’s a bit of a departure from what we have now, but is more web-friendly, uses the newer HEVC H.265 compression standard and can support 4K broadcasts with high dynamic range (HDR). And it’s better suited to mobile devices than the erstwhile ATSC-MH system was.

In one of Joni Mitchell’s classic songs, “Big Yellow Taxi,” she sings, “You don’t know what you’ve got till it’s gone.” This could be a case where broadcasters actually did realize what they had before it disappeared, and are asking extremely high prices to pack up their bags and leave town, much to the FCC’s dismay, not to mention all of the industry groups that continued to cry “spectrum crisis!”

In a stroke of good timing, I just returned from a visit to Vermont, where my brother and sister live in a remote valley with only one neighbor and not much in the way of options for broadband and TV. (Mobile phones don’t work at their house.) For years, their only choice was DirecTV for TV and s-l-o-w internet.

About eight years ago, I ran some tests at their location to see if it was possible to pick up digital TV stations from the Albany/Schenectady/Troy market, even though the transmitter sites were more than 50 miles away, and a hill 300 feet taller than their house stands in the way, just one quarter mile distant.

However, I had an ace up my sleeve. A phenomenon of signal propagation known as knife-edge refraction means that they might be able to pull in those broadcasts as the RF signals bent downward over the mountain. Tests on my part revealed this was, indeed, the case, and resulted in a rather strange VHF TV antenna installation one foot off the ground in the middle of a rose bed, with a separate UHF yagi about four feet higher on the same mast.

Checking this weekend, everything still works as it should. My siblings can watch HD broadcasts from CBS, NBC, ABC, Fox, the CW and PBS for free, plus local news, weather radar and even some of those minor channels that show old TV programs and movies, like Comet, Antenna TV and MeTV.

The only problem popped up a couple of years ago when someone inadvertently shoveled heavy, wet snow from the deck above onto the antennas, breaking off an element. Think about that for a moment: You’re clearing snow from a deck and you manage to damage a TV antenna. The average person hearing that would think you had quite the set of muscles!

From my perspective, there’s too much untapped potential in broadcast TV to just auction away another large block of channels to companies like Microsoft, Verizon, Google and Comcast, which don’t even know what they’ll do with the spectrum. The FCC still hasn’t figured out how it will relocate more than 1000 TV stations that may lose their channels, not to mention coordinate with Canada and Mexico on potential cross-border interference.

And there remains the problem of all the licensed and unlicensed secondary users of TV spectrum, such as wireless microphones. These folks must feel like they’re starring in The Perils of Pauline, not knowing if and when help will come. For that matter, no one really knows what will happen once the spectrum auctions are concluded and the dust clears.
Stay tuned!