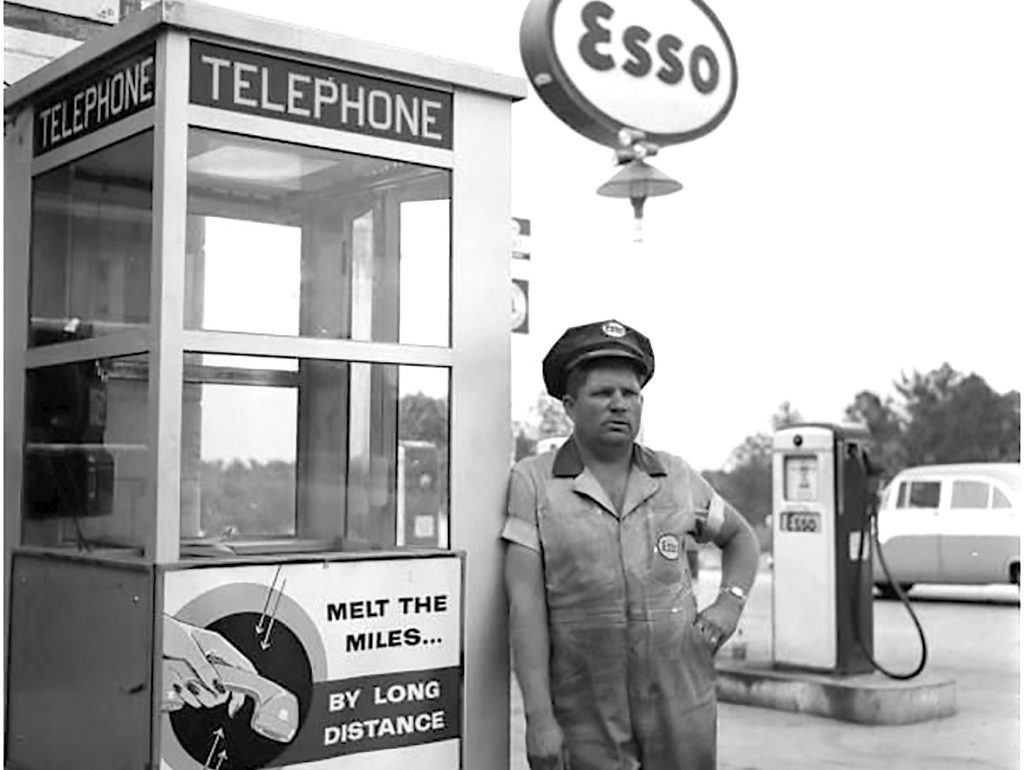 “You want change? Buy something!”

For some time now, I have witnessed the evolution of our industry. I won’t say from its infancy—I would need to be a bit older. But starting from audio only (public address, Hi-Fi, radio and walkie-talkies), we’ve grown into audio and video (AV); then to AVL, including control and lighting; to digital signage; now to unified communications!

To set the stage, let’s reminisce a bit. I was sitting at Chick-fil-A the other morning, having breakfast with my daughter, going over some typical subjects a father discusses with his 13 year old. This particular conversation, which started with a discussion of cell phones, transitioned into me sharing with her how truly amazing it is what we, as humans, have accomplished. Hundreds of thousands of years ago, our ancestors looked up at the stars, the sun and the moon. From sheer will and determination, we excavated material from the earth and ideas from our heads, and we built machines that enabled human beings to land on the moon. Time stamp—the 1960s!

I pointed out that the cell phone in her hand is likely as much as 1,000 times more powerful than the computer that was on the Lunar Excursion Module (LEM) that landed on the moon. (And, dare I say, just a bit smaller!) I shared how my first cell phone (time stamp—the 1980s) was a Panasonic EF-6110 that, if I remember correctly, cost about $1,800. It was probably about 10lb., and maybe 30 times the size of today’s 6oz. cell phones. I bought a few of them, and I’d rent them out on film sets, along with my audio gear and Motorola walkie-talkies. It was very profitable. On set, with no phone potentially for miles around, the producers and talent wanted to communicate…and they would pay for the privilege!

Speaking of communication, I asked my daughter to imagine me driving to an important meeting (time stamp—the 1970s or 1980s). I have a 9am meeting, so I leave at 7am for the 45-minute ride. At about 8:45am, with no end in sight to the traffic, I get off at the nearest exit and look for a phone booth to tell the appointment I’m running late. Realizing I don’t have any coins, I run to a gas station and buy a soda to make change (“You want change? Buy something!”), and then frantically make the call. Could she imagine my having to do that today? Can you?!

I started this piece talking about the evolution of our industry, culminating in unified communications (UC). So, what do all these reminiscences have to do with that? Thinking about our “un-connected” past, the world has become a much smaller place than it used to be, largely because of technology. Sitting in my home office, I’ve attended meetings with others who were scattered in various locations across the globe. I’ve been able to share content and look at people’s expressions while we meet, even though they’re thousands of miles away. Incredible! It’s nothing less than incredible for someone who remembers how business was conducted before this new technology existed.

It would be an understatement to say that, over the years, our communication needs have evolved. And that’s the space for communication specialists—account managers, systems designers, engineers, installation technicians, service technicians, managed-services professionals and, yes, even management—like us. We are the team that brings this technology out of your dreams and aspirations, and brings them into your business. I’m part of that team.

For businesses to survive in this “global economy,” it’s critically important that they communicate—you guessed it—“globally.” Not thinking globally is not only shortsighted, but also incompatible with sustaining growth and profitability. If you wait, you’ll be playing catch up with others who are already farther down the road. Since no one wants that, let’s look at some actionable strategies.

It takes two to communicate globally—the near end and the far end. For the near end, your first strategy should be to make sure you have your clients’ ear in upgrading them to the latest digital technology and preparing them for the requirements to communicate from their side. The second part is to make sure the far end can communicate properly with your client. No matter how much time and effort you invest on the near end, the result will be dependent on both sides achieving the minimum standard of technology so that call quality meets client expectations.

You might be wondering how you can possibly control, or even influence, the far end. After all, it’s likely thousands of miles away—maybe even on another continent—where they speak another language. Great question! The answer is complicated, because there are many variables, some of which you can influence and some of which you cannot. First, prepare yourself by knowing your clients’ present and future needs. As the lawyer cliché goes, “Never ask a question that you don’t already know the answer to.” Thoroughly research potential new clients, trying to grasp their perspective and needs before you ever meet them. Then, you’ll never be caught unprepared.

I don’t mean just knowing what building they’re in, either—how about knowing their locations around the country…and around the world? When spending time with a client during a meeting, expect them to say, “That sounds great! Of course, we’ll want you to integrate the same system in our offices in London, Germany and India.” What would you say? Would you be prepared?

In a future article, I will delve further into meeting the demands of our hyper-connected world by transitioning from a regional business to a global one. If you have any comments or experiences to share, email me at doug.kleeger@avispl.com or dkleeger@testa.com.

Previous ArticleHow Do You Do…Your Engineering?Next ArticleFrom The Crow’s Nest