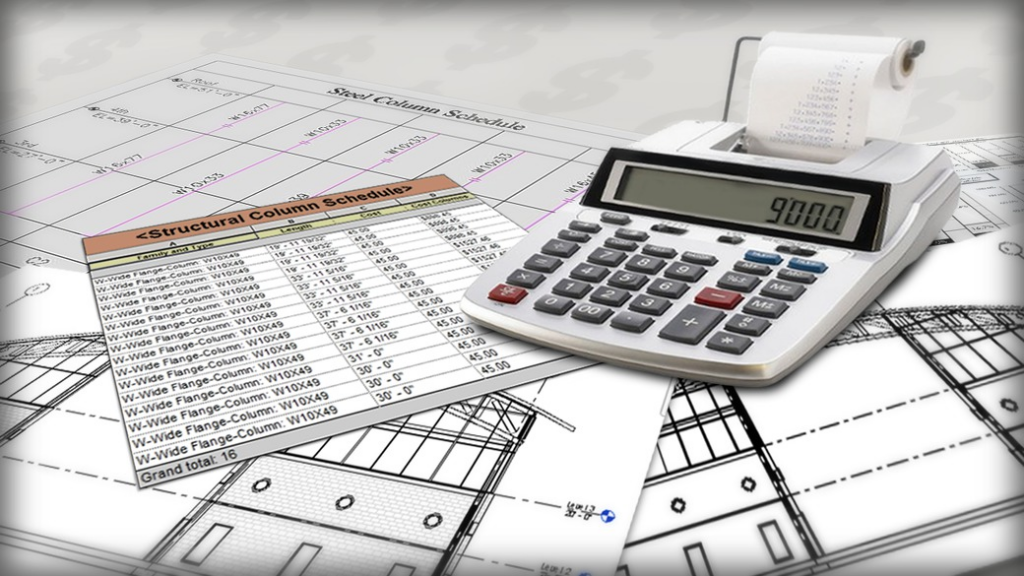 Ah, “The Estimate”: the bane of the sales staff, the scourge of the engineer, the challenge of the accountant and the master of any project manager.

Barring all else, the key for any estimate is to be one dollar less than your competitor. Never mind what’s included, how well it works or when it will be up and working. Those are secondary considerations to most customers.

“About a million bucks” is not an estimate. Yet somehow, in our culture, $999,932.52 is a valid estimate, especially when the costs of high reaches are excluded from your bid. Sad but true.

The competitive bidding market is rarely fair, yet every estimator is persuaded to believe that all scopes and schedules are identical, judging is unbiased and your bid isn’t getting shopped to all competitors.

Do make sure you attend all the owner-scheduled meetings.

Every estimate must include a detailed spreadsheet. It may be completely wrong and major items may be forgotten, but it has to be on a spreadsheet. The spreadsheet brings an aura of authenticity to your bid; a provenance of sophistication and gravitas. Alas, no one ever examines them in detail. The bottom line is all anyone ever cares about in my experience. That and getting the bid in on time.

It also must include a reasonably detailed schedule of both your work progress and key milestones required for you to begin your work.

This is an area where a good estimator can prove his or her mettle by clearly identifying what is included and, perhaps more importantly, what is not included in the estimate. Generally provided in a list form, your assumptions will invariably include “the prevailing site conditions will permit our work per the attached schedule” and “all mains power is operational and conduit is installed per plan and schedule.” The list of exclusions might include “all lifts supplied by others” or “all wire is pulled by others per the attached schedule.” A good A&E list often determines the success of your project.

In my experience, the larger the project and the closer to a City Hall you deliver your estimate, the greater the chance of corruption. Big money attracts unsavory characters.

One particularly corrupt bid I recall was associated with the Los Angeles subway system back in the 1990s. Our team’s bid met all the technical and associated conditions, and was announced as the lowest bid. We foolishly assumed we had won. Based on the smirks of our competitor, in retrospect we should have known we were being particularly naïve.

How did they do it? Part of the subway bid involved storage costs submitted on owner-supplied forms. Somehow, our annual storage bid was retroactively converted to a daily storage fee because their form didn’t say annual, effectively increasing the amount 365 times. Suffice to say, this increased our bid to the point that we ended up losing it. The strange part was that one politician came up after the meeting and told us he could get this ruling overturned “for a price.” Most of those involved have died off without this aspect of their career shenanigans included in their obituary.

Another memorable bidding moment involved a major Asian airport. The contractor wanted a 10% kickback with an interesting justification: “In America, you pay your lawyers 10%. Here, you pay me 10% and there are no lawyers. Easy peasy.” Apparently, he was unfamiliar with American laws regarding international transactions.

I think that my all-time favorite was an athletic facility in Cleveland. We bid through an electrical contractor, which is rarely a good sign for an AV bidder. He took our bid and shopped it around to every firm he could find, including our own. When I confronted him on his audacity (or sheer stupidity) in asking the firm that generated the bid to underbid it, he didn’t show the slightest bit of remorse. Thank goodness the NSCA pushed our work out of the 16000 CSI series to limit this nonsense.

How Much Did You Leave on the Table?

Even if your bid wins, ultimately you will be judged by the difference between your bid and the next highest one. Trust me: It makes little difference how correct your estimate is if you leave half a million dollars on the table. There are business decisions involved in every estimate.

The higher the “Left on the Table” number, the more you will be laughed at for years to come. Your boss may become angry with you over it, and the losing competitor will spread this number around throughout the AV galaxy as justification for losing. It comes with the territory. Unless of course you’re one dollar under…then it’s all smiles and competitor grumbling.

Do keep in mind that, occasionally, fate will look down upon you with favor. I remember coming in $100 cheaper on a $2 million bid, and the owner was ecstatic. If he had only known that our estimating staff had completely blown it, and I ended up just guessing at the last minute. Don’t count on fate as an ongoing business model, unless you’re dealing the cards in the casino.

I admire estimators. They put their head on the chopping block with every submission. Yet, if they get it right and win, it makes everything all right.