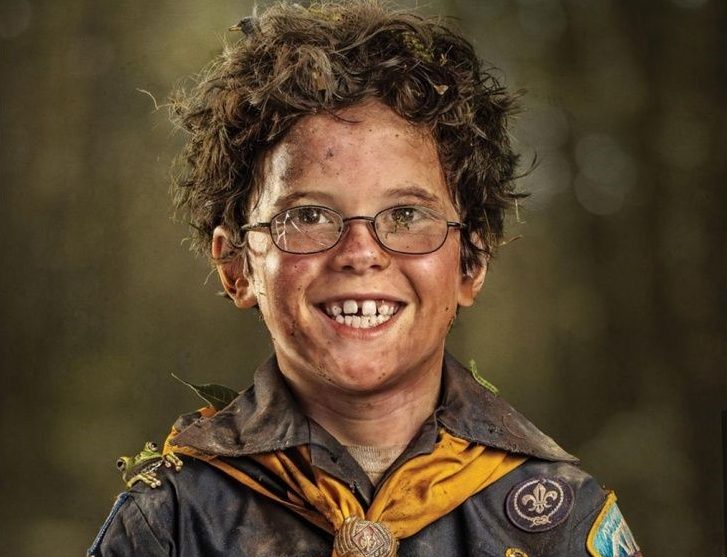 I am a proud Eagle Scout and my boy just started Cub Scouts. I don’t know who’s more excited. I get to experience all these adventures and lessons again through his Tiger Cub eyes. Part of the Tiger requirements is having a game night with the Den, and the boys work together for a team-building obstacle game. They learn about good sportsmanship, and then they get to make up their own game. It was a great time. However, as the night went on, and it got later and later, and I noticed a lot of the boys getting a bit more manic and cranky, as six-year olds tend to do near their bed times. It’s one thing when there is just one or two of them. It’s an entirely different thing when there are nine of them, plus siblings, running around playing “Hoola-Hoop Dance Tag.” There were giggles, laughs, slips, falls, bumps, tears…. They obviously interacted with each other, but they also fed off each other’s emotions. If one boy was giggling, someone giggled louder. If someone got a little weepy because there was a collision, the other boy was in short-lived hysterics. It was glorious pandemonium. Naturally, this got me thinking of AV system, specifically, analog wireless microphone systems.

Analog wireless microphone transmitters have this nasty habit of interfering with each other if their frequencies are not properly coordinated. Intermodulation (Intermod) products occur due to the non-linear circuitry used in wireless systems. Since the circuits output signals that are sums, differences, products, and even products of the sums and differences of their input signals, they are considered non-linear. Since we are dealing with RF transmitters and receivers, these outputs are signals on frequencies other than, but in addition to, the intended direct frequency of the transmitter. If there is just one transmitter, this is no problem. Who cares if there are these spurious intermod products created when there are no other receivers in the system. Issues arise when there is more than one transmitter. When transmitters are close together, intermod products are amplified. So, if a tech turns on eight body packs and carries them out at one time in a big pile of transmitters, the intermod products are going to be through the roof.

In order to create a frequency solution for several wireless systems, a computer is required to perform the calculations. The computer runs through several iterations of frequencies, taking into account available bandwidth, minimum spacing requirements between channels, and intermod products. Once a solution is reached where no receivers are tuned to frequencies where intermod products might be created, we have our solution. If you attempt to do this by hand, or just wing it, intermod squeals in your system are a very real possibility, especially in analog systems. But, what about digital wireless microphone systems?

One of the many great things about digital wireless systems is their circuits act way more linearly than their analog counterparts. The frequency behavior of digital signals is always full bandwidth, where with analog signals, the shape and width of the transmission varies tremendously. Since digital wireless microphone systems act more linearly, they don’t create as many intermod products. Calculations are still required to be safe, but where analog calculations include minimum frequency spacing as well as 3rd– to 9th-order intermod products on two and three transmitters at a time, digital calculations really only have to include minimum spacing and maybe 3rd-order products for two transmitters. This is the main reason why you can squeeze so many more digital channels into the same bandwidth when compared to the analog systems. Also, this is important when making recommendations. If your client only wants four channels now, analog should be more than fine. However, if they might require 12+ in the future, it might be beneficial to recommend digital systems right from the get-go, so they can just add more channels in the future, instead of having to completely replace their original four channels.

Analog systems provide great quality, and their price is very attractive. But their non-linear circuitry creates a lot of interaction between their transmissions. Digital systems, because of their more linear circuitry, are much easier to coordinate. You can fit a lot more of them in the same band. If only there were linear, digital Tiger Cubs available…we could have handled twice as many in the same gym during Game Night.