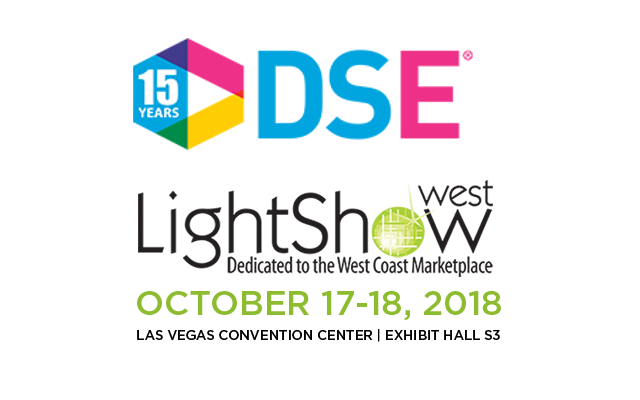 The award recognizes the 50 fastest growing trade shows in North America based on total net square feet of exhibit space, number of exhibitors and/or attendance growth between 2016 and 2017.

“We are honored to have again won a Fastest 50 award,” Andrea Varrone, DSE’s Show Director, said. Varrone added, “We are extremely proud to have won this award seven times in 11 years, which is as much a testimony to our industry’s growth as it is to DSE’s position in this marketplace.”

Lea Tranakos, LSW’s Show Director, said, “We are thrilled that LightShow West has earned this recognition. It indicates the lighting industry’s need for an event of this caliber and fully supports our decision to transform LSW from a biennial event to an annual one, starting this year at the Las Vegas Convention Center, and returning to Los Angeles in 2019.”