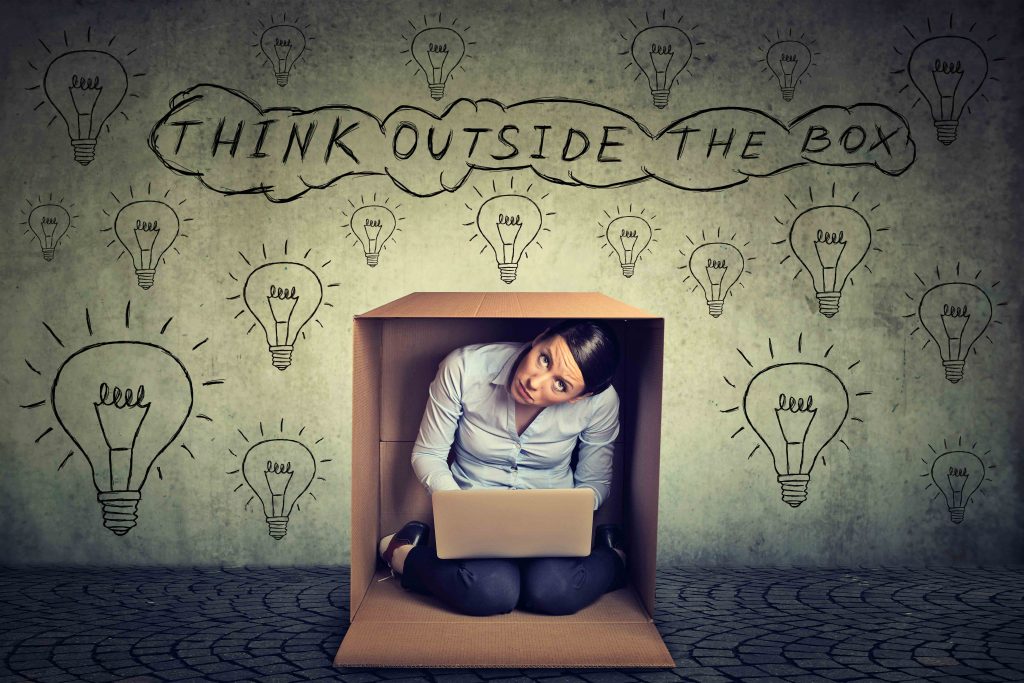 “The kid who has the totally rad Jango Fett costume from Target is pretty cool. The kid who builds her own Boba Fett costume from an old vacuum cleaner and paper towel rolls rules the school play yard. It’s the same in AV. The tech that has a little baggie of adapters is impressive. The tech who can build adapters from job scraps is an AV god!”

With Halloween around the corner, I enjoy seeing the costumes people put together. There are some incredible costumes for sale everywhere. I, myself, succumbed to purchasing most of my Halloween costume, because I saw this guy on Amazon: 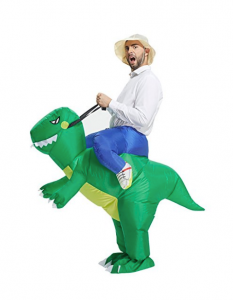 And, once you see that…how can you not want to be a Dinosaur-Riding Cowboy (cowboy not shown…that’s my special sauce). As fun and easy as it was to get and wear that costume, I did feel a little guilty. Growing up, we always made our own costumes. We didn’t have Pinterest to make us feel bad about our efforts, like this adorable little buzzkill: 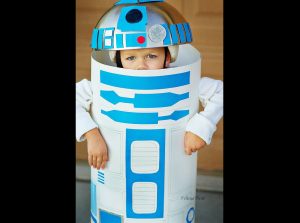 If I spent all night making an R2D2 costume out of old cardboard boxes, tin foil and hot glue, and then had to get in line at the Halloween parade next to this picture-perfect Astrotech Droid the next day, I’d have a few choice words that might not be appropriate for kindergarten. Jealousy-fueled outbursts aside, making your own costumes was the best. Rolling your own costume let you get really creative with what you had at hand. It gave you pride in your creation (even if you lined up next to LucasFilm, Ltd-quality R2 over there). Despite how polished and slick the store-bought costumes have gotten, I always have to give mad props to my DIY-costume homies. Naturally, this got me thinking of AV.

There are so many little gadgets and adapters that can be required to make a system work. Whether it is a crossover network cable, an audio sum or a null modem serial adapter, they are handy to have at your disposal for troubleshooting and/or getting your client out of a pinch. If you have the space, carrying these devices around can make your life easier in the field, as long as you don’t throw out your back from the extra weight. However, knowing how to put them together from pieces on the job elevates you to AV-MacGyver status.

For example, did you know that a network crossover cable is simply a category cable with one side terminate using the EIA/TIA 568A standard, and the 568B standard on the other side? If you forgot your test router at home, you can connect your laptop directly to a device with this easy to make cable. Or you can use it to troubleshoot networking issues with devices by removing “the network” (on a one-to-one communication test basis).

Did you know that keeping a few 10k resistors and a phoenix connector at the bottom of your bag can make a perfectly acceptable audio sum? And if you think just twisting the left and right signals together is acceptable, you’ve got some explaining to do! (Note: Never do that! Ever! How dare you!) Rather than carrying around a few pack-of-cards-sized “store-bought” audio sums, carrying around something smaller than a few paper clips can get you out of the same bind, and for a lot cheaper.

Did you know that a null model serial adapter just switches (for the most part) pins 2 and 3. So, if you have a field terminatable DB9 connector, you’re golden. If you just have a straight-through serial cable, you can still MacGyver it by cutting it in half, pinning out the conductor with a multimeter, swapping the pin 2&3 conductors, and putting it back together with chewing gum and a nonconductive wrapper. (I did say MacGyver, didn’t I?)

Are these tricks as slick as a manufactured product? No…no they’re not. Depending on your field dressing skills, you might end up on the AV Installation Nightmares Facebook page, because they never look as pretty. However, the show will go on. The issue will be uncovered and resolved while a proposal is prepared for a more permanent solution. You’ll also gain a much deeper and better understanding of AV and circuit theory by keeping a few of these AV hacks in your back pocket (literally and figuratively), something that, IMHO, is quickly disappearing in our more-and-more-automated industry.

The kid who has the totally rad Jango Fett costume from Target is pretty cool. The kid who builds her own Boba Fett costume from an old vacuum cleaner and paper towel rolls rules the school play yard. It’s the same in AV. The tech that has a little baggie of adapters is impressive. The tech who can build adapters from job scraps is an AV god!