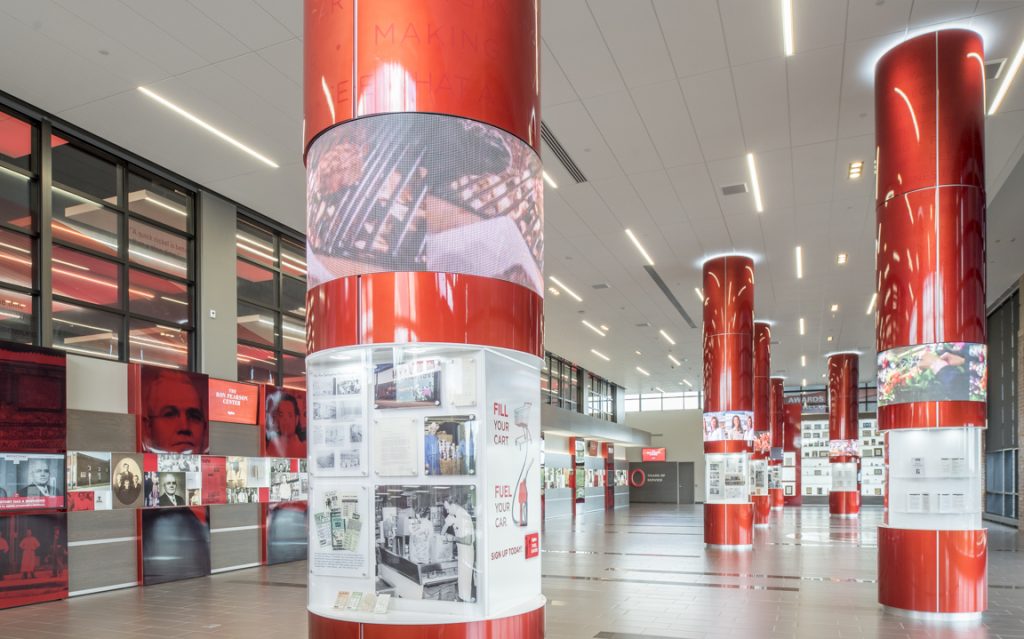 Fine and ultra-fine pitch LED solutions are continuing to explode in applications and orders. Last month, in fact, a single display opportunity for a 1.25mm pixel pitch LED display in the US pushed over $5M. Opportunities for displays providing native HD and 4K resolutions are emerging at an astonishing rate and in all verticals, including entertainment, command control and US government systems. There is a line in the sand, and ultra-fine pitch LED displays are replacing LCD walls and projection DLP systems.

LCD and projection technology currently holds a majority of the digital signage market at over 80%. Yet LED display image quality has begun to emerge as a rival to these other technologies in many applications and will soon surpass each with the inherent mature display emissive solution. While the display performance design and implementation of ultra-fine pitch is now competitive, there is significant work ahead for manufacturers to realize the vast market potential of these displays.

Next generation ultra-fine pitch LED must target, then attain, the reliability demonstrated by DLP projection and LCD alternatives. Market potential can only be maximized through continuous improvements to reliability and life in the system design. Expecting more from the LED display designer, in order to align performance to the application requirements, is absolutely imperative, and all aspects of the display should be addressed to attain maximum benefit.

Next generation designs will benefit from improvements by addressing several elements, such as the individual LED die, RGB SMD LED package, SMT processing, driver design, power supplies, components, connectors and cables. These adjustments to a final system will yield better displays with longer life and greater reliability. By addressing, implementing and promoting reliability improvements, ultra-fine pitch LED display systems can be successfully applied across the widest spectrum of the market.

Another issue of major importance, when all these factors are put together, is the Mean Time Between Failure (MTBF) of the display. While each physical element detailed above has an impact on the reliability of the overall display after it is installed, the RGB SMD LED package has the least favorable MTBF. A subset of the root cause of failure of the LED package can include…

In addition, there are performance degradation issues, such as droop, overheating and primary color shift, as well as luminance inconsistencies. As you might have already guessed, LED reliability matters significantly to the display.

To dive right into MTBF and what it means to the display owner: There are over 2M RGB SMD LED packages in an HD display, and over 8M in a 4K display. Each of these packages contains one red, green and blue LED die. So, when discussing failure rates and the MTBF, the discussion is really about 6M to 24M individual LED die that each have a statistical probability of failure.

Now 600 out of 2M sounds low, but keep in mind that the average viewer is less than one picture height away from the display in a conference room or tight viewing area. As a result, the user will see the failures and likely not be satisfied with that 300PPM result. In addition, if the user expects a perfect display, the maintenance cycle might be as much as every week (Failures in Time) with up to 12 modules requiring replacement.

Obviously a higher standard is needed. Even 30PPM is statistically ~60 failures per year and potentially represents a repair cycle each month. Should a “bright column” failure mode occur, the panel would need to be replaced before use in order to be visually acceptable.

As customers see ultra-fine pitch displays replace the DLP projector or the LCD panel, the expectations from the users will likely be closer to 10PPM to meet expectations. The LED Digital Display industry must strive to produce and deploy devices with the much lower failure rates than are typical in our industry for the 1010 or 0808 packages, and as the industry delivers this type of reliability the market will expand rapidly.

Some easy solutions to the failure rate, initially, would be to eliminate the infant mortality (early life failure) issues. This can be completed through effective burn-in and early stress screening. In fact, designers can incorporate HASS (Highly Accelerated Stress Screening) and HALT (Highly Accelerated Life Testing) to verify design and manufacturing processes to assure the right reliability performance in the field. As failures occur, it is also critical that the manufacturers perform Failure Modes and Effects Analysis (FMEA) steps to determine and eliminate the root cause of the failures; meaning that continuous improvement is required.

The goal is the right reliability performance for the right application, and ultra-fine pitch requires high reliability standards throughout the process. One additional factor is temperature. A hot display will fail earlier if all other factors are the same. Designers must keep package (and therefore junction) temperatures well below 70⁰C in UHP; however, recent providers are exceeding those temperature levels.

Ultra-fine pitch LED displays have a great current and rapidly growing future market, and the industry will exceed even those expectations, if reliability is addressed appropriately in the design and LED device specification phase. Long-term reliability translates to the lowest maintenance costs and creates important realizable selling features and value in the market.

Both the LED display industry, as well as the individual LED company, will benefit in reputation and sales by maximizing the reliability feature in the overall specification.