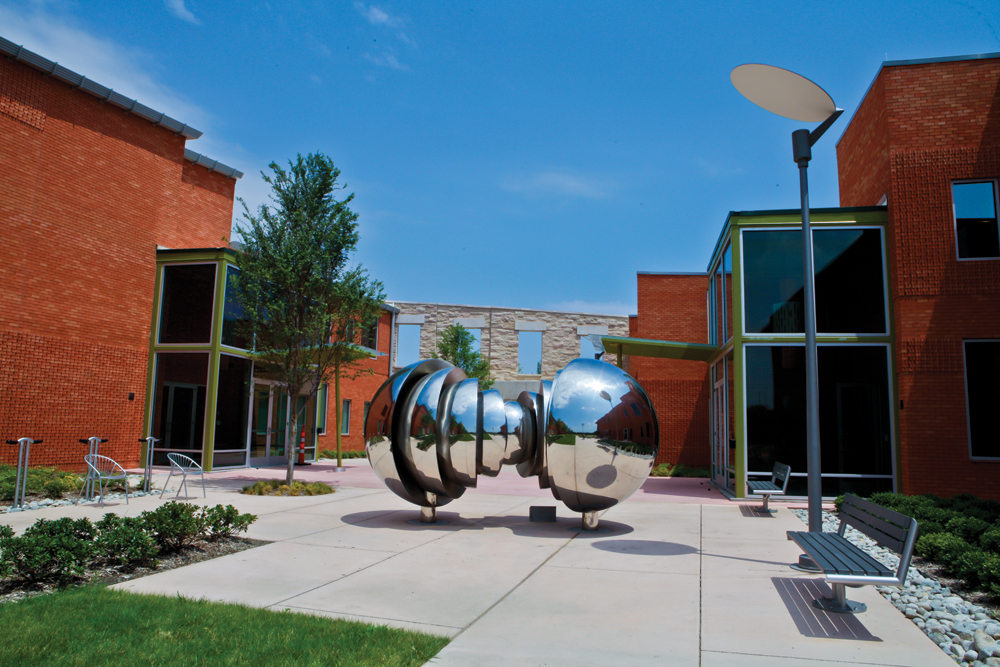 Civic venues are getting a workout these days. From both ends of the political spectrum, stepped-up participation in the process of government and elections means that more citizens and legislators want their voices heard. The Wylie Civic Center, in the Dallas suburb of the same name, gives them that and then some, for body and mind. The recently opened 45,000-square-foot city hall and city council meeting chamber is augmented with a 44,000-square-foot recreation center and a 47,000-square-foot library.

Inside, newly fit and well-read constituents can listen to and interact with their city council and mayor via AV systems including DIS (Danish Interpretation Systems) DC6990 digital conference units for the dais (for the council) consisting of a gooseneck microphone, monitor speaker and voting unit in a single unit, and a podium (for citizens to address the council) housing a DIS DC6090 speaker unit with GM6523 podium microphone and HDMI and VGA inputs for a laptop computer.

The entire process can be watched via video on a Christie LW-650 projector through a Sony DXC-390 camera with a VCL-614WEA lens onto a 79″x140″ custom Draper screen positioned above the dais. The room’s audio is distributed through six Electro-Voice Xi-1082 in-ceiling speakers. Assistive listening, to comply with ADA requirements, is through a Sennheiser SI-1015NT modulator and SZI-1029 transmitter to any of up to six HDI302 headsets available to visitors.
(continue reading)