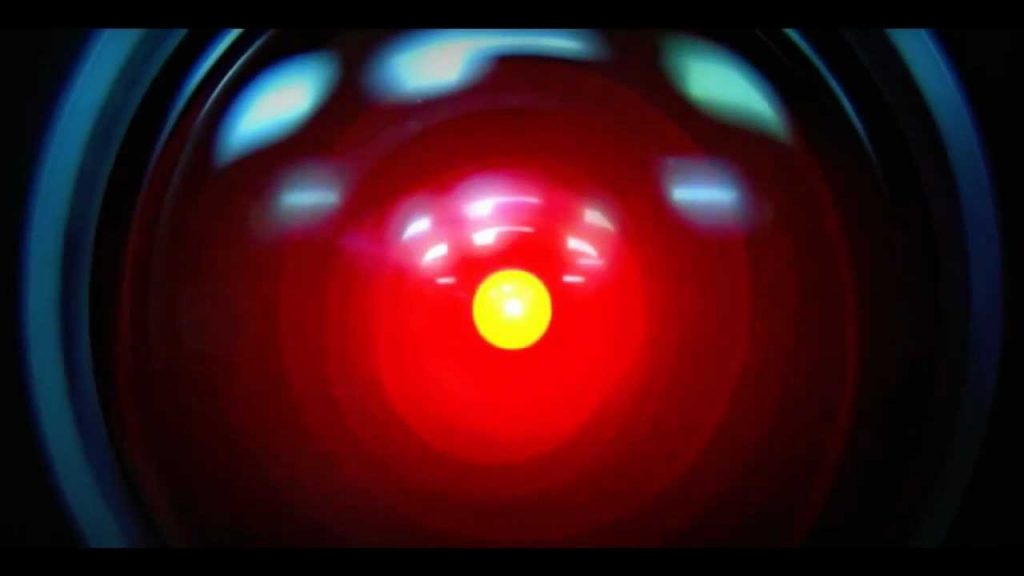 “Just what do you think you’re doing, Dave?”

“I am putting myself to the fullest possible use, which is all I think that any conscious entity can ever hope to do.” – HAL, 2001: A Space Odyssey

Have you ever read something that has nothing to do with AV, and then try to apply it to AV? That happened to me in the bathroom the other day.

So, there I was, checking my Twitter feed, and this link pops up from Technology Review.

I got so excited, I had to tweet about it myself, and it went viral. Well, it went viral for me (aka: 2 likes and 1 retweet). Here it is in case you missed it.

If deep learning becomes cheap enough, could we see it in AV systems? #avtweeps https://t.co/TCPfRFqKSJ

It got me thinking about self-programmed AV systems. Many manufacturers are coming out with configurable control systems, where you don’t necessarily program the system. You just enter the devices that make up the system and the software spits out drawings, a control program and a great looking user interface. It’s incredibly powerful for typical rooms.

Pair that with the fact that user recognition is becoming a thing, either through scheduling, Bluetooth proximity technology, Active Directory or RFID. Processors will begin to know who exactly is using them in the very near future (if they don’t already). It’s entirely feasible to walk into a room and have the system say:

That’s when I remembered seeing this on my Facebook feed: “DARPA Offers Free Watson-Like Artificial Intelligence.”

Then I started thinking about what deep learning could do for AV user interfaces. Could you imagine a system recognizing its user, having the ability to capture preferences of volume, commonly dialed number, typically used sources, etc., and start to predict what an individual user would need? The system would adjust itself and the interface would change based on who was using the room. DARPA is giving a piece of this capability away for free! I could see it starting out simply, but then quickly getting complex, and more exciting. Walk with me as we explore what deep-learning could do for a mythical power-AV user named Lucas.

Maybe Lucas’ most common functions are using the laptop source for meetings and video conferencing. Right off the bat, the system offers these as his preferences and perhaps de-emphasizes the other functions of the room, since they are rarely used by this particular user. However, over time, the system might recognize that Lucas has a standing bridge call on Monday mornings with the project team. So, on Monday mornings, the bridge call is automatically set up, dialed (with passcodes) and ready for him, as soon as he walks in the room. On Tuesdays, he has a local team meeting that only uses the laptop input. The deep learning system would predict this and have it ready for him. This could be really powerful for users. If these user “rules” are captured during the design phase of the project, it’s easy to make a control system do them. The trick is letting the control system learn on its own. It’s similar to a programmable thermostat where you enter in the required temperature at a given time on a given day compared to the NEST thermostat that learns your preferences over time and starts to predict your needs as it learns. I want to bring NEST adaptability to AV control systems, and I think it’s closer than we realize.

But how would you confirm that this was working, and not some silly gimmick? I suppose one would have to trust the manufacturer and/or programmer that the system can learn. I also suppose it wouldn’t be too crazy to ask for a report of learned preferences after a few months to make sure it was doing something.

Another challenge, of course, is users would also have to want this. This could be another example of me being an over-zealous engineer getting excited about a feature that no user would want in their user interfaces. Would the benefits of having a deep learning control system offering easy access to your learned preferences outweigh the familiarity of having a consistent interface? I’m leaning towards the deep learning. Users cannot afford to stumble with technology, and are coming to expect an Apple or Amazon experience everywhere in their lives. If it’s possible for a control system to recognize who I am and give me an AV experience that is a streamlined amalgam of my last hundred uses, and gets me closer to that ethereal and telepathic “Do What I Want”, single button control system, I think this is where we should take the industry. The tools are here and now…and open source.

“Just what do you think you’re doing, Dave?”