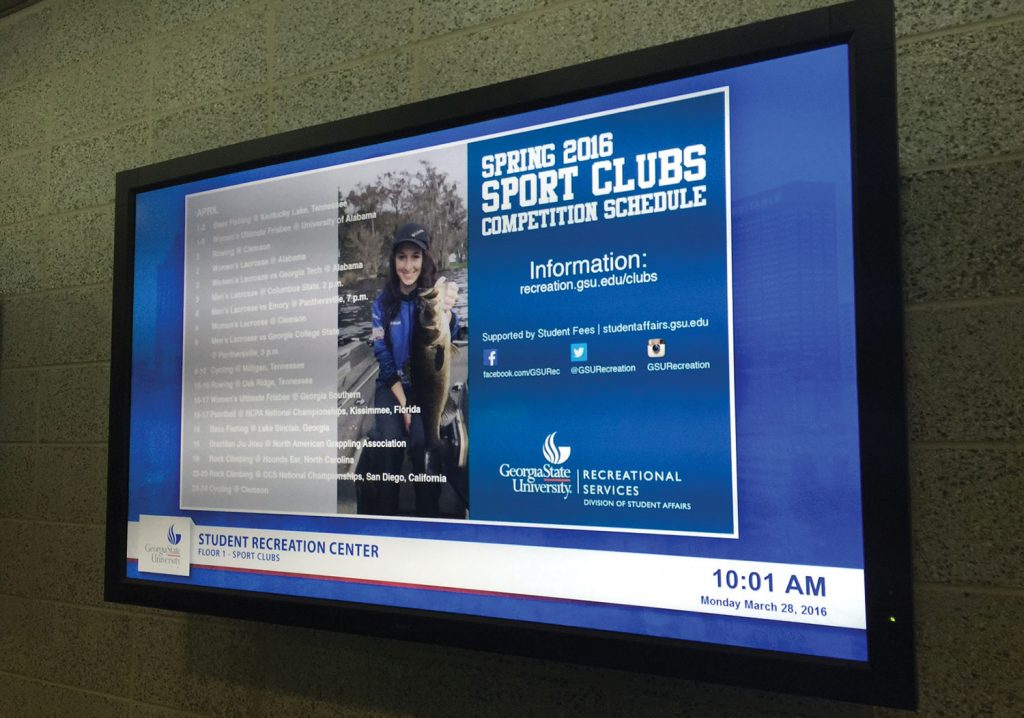 Widgets and apps are enabling digital signage operators to engage viewers and strengthen communities. Realizing that social media is a quick way to reach students and staff, campuses are now integrating social media in signage content. Large universities are finding new ways to incorporate cool widgets and other content customizations to meet the needs of various constituents. Discussing possible upgrades and enhancements with signage stakeholders on campus will ensure that your relationship with them does not cool off.

At many universities, digital signage systems are upgraded at a slow pace, and migration to the next-generation system is considerably slower. Several factors contribute to the inertia, including too many stakeholders and budget priority being given to classroom and auditorium AV systems. Educational institutions are also reluctant to switch to a new signage system before they fully realize their initial investment. Whether or not you were involved in the institution’s initial digital signage rollout, you should keep your finger on the pulse of digital media on campus to better understand what currently works (and what doesn’t) for various groups.

When Georgia State University (GSU) in Atlanta was ready to expand and enhance its digital signage network a little over two years ago, it switched from its earlier digital signage solution to the Visix platform because it needed flexibility and centralized control. As the university expanded to include Georgia Perimeter College, it also needed to streamline systems while providing leading-edge capabilities. The university established the Learning Environments Design Team, with expertise in design and programming, in GSU’s Center for Excellence in Teaching and Learning.

“With regard to digital signage, our goal was to ensure that the content looks good enough to attract passersby but, more importantly, that it communicates what viewers need to know,” said Wade Johnston, Audio Visual Engineer on the team. “We observed people in the various buildings and noted that many did not know where they were, so we’ve added a date-and-time widget, and the name of building and floor in our signage content templates.”

The most recent digital signage deployment at GSU’s student recreational center features 12 NEC commercial-grade flatpanel LCDs, ranging in size from 55-inch to 65-inch. Each screen is equipped with a media player, and the entire system operates on the campus-wide Visix AxisTV platform. “All areas of the recreation center, including the main gym, swimming pool, game room, martial arts room, yoga room and dance studio, are equipped with digital signage,” Johnston said.

There are 107 digital signage screens throughout the campus, displaying content appropriate for each location. In a newly constructed PantherDining hall, for instance, the menu boards display nutritional info about food items from its SQL database. Later this summer, GSU plans to implement a moderated SMS Response App (i.e., text to display), enabling diners to send text messages. “We have the ability to display the text messages and respond to them in real time,” Johnston said, noting, “Each department or signage stakeholder selects what is required, and pays for extra features or widgets they want to use with their content.”

Other universities in North America are also expanding their signage services, using interactive wayfinding, videowalls and other engaging technologies. The most successful involve stakeholders all around campus in the needs analysis, planning and customization phases of deployment.