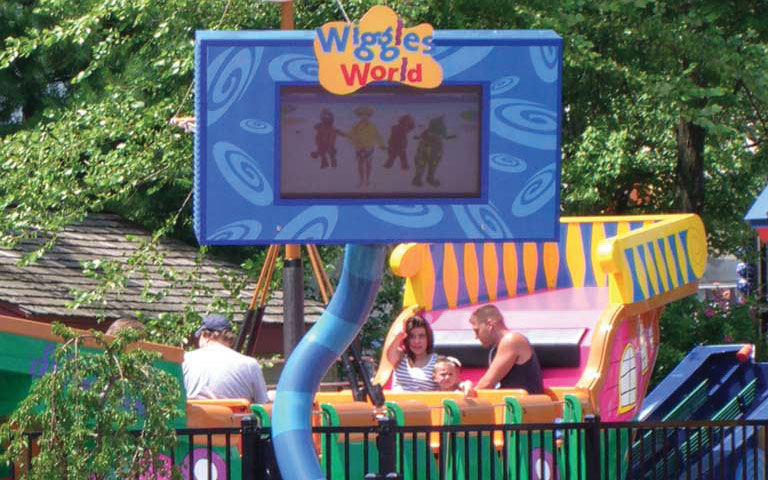 The entertainment market has long been on board with digital signage technology—think 3D films, touchscreens in museums and virtual reality rides at amusement parks—and entertainment spaces increasingly use it to build the guest experience. Digital signage contributes to a multichannel marketing strategy and can be significantly more eye catching than other elements: Three out of four respondents in a 2015 Nielsen survey recalled seeing a digital billboard in the past month, and 60% had noticed one in the past week.

Guests visiting places like amusement parks, museums, stadiums and zoos now expect to see a venue using some form of signage technology, such as wayfinding signage or kiosks. But when a venue uses it in ways its visitors might not expect, they are surprised and delighted with their experience, which helps a business boost its return on investment, build brand awareness and encourage return visits.

There are several key digital signage technology trends being deployed in the entertainment verticals:

By far, the biggest focus for many entertainment spaces will be creating “wow” factors by applying digital signage technology in new ways. For example, stadiums have to work smarter and harder to impress their visitors, in part because of the rise of HD televisions that allow sports fans to view a game at home in sharp focus, with the result that some may question the value of paying to attend a game. Visitors expect certain technologies at stadiums, such as HD video screens, massive LED scoreboards and digital menu boards, but stadiums are adding features such as beacons to take the visitor experience to another level.

Beacon technology can be used to register visitors’ locations via their smartphones or wearable devices, and can send messages about concessions or restroom locations. And LED/LCD displays can be triggered to show the latest scores for multiple concurrent games, as well as customized, targeted ad campaigns on large-format displays near merchandise and concessions. Some stadiums are even devoting space for year-round museums that feature 4K video in theaters, interactive touchscreen displays and exhibits, and digital halls of fame.

Museums also are looking for new ways to engage with visitors. Many museums already use displays for wayfinding or exhibit information, but some are implementing audio triggers and sensors into fixtures, offering a new form of interaction with visitors wearing museum-issued headphones. As a visitor moves through the exhibit, the sensors register his location, and play content into the headphones that matches up with the display or exhibit. As the visitor moves to another display, the sound fades out, and picks up in front of the next exhibit with updated content.

Using analytics, a venue can learn where visitors are spending the most time to impact the guest experience, drive sales, and implement new content and applications with digital signage technology.

Some amusement parks, for example, have begun deploying solutions using analytic technology, including wireless, beacons, RFID and camera-based platforms, to track visitors’ movements and purchases around the park and use that information to market certain concessions or rides. On a hot day, the park might see that the water rides are experiencing high traffic and some of the normally popular rides are empty; the park can trigger digital advertisements on displays around the park to direct visitors to the non-water rides, subtly managing traffic around the park. This is also an opportunity for the park to promote food, beverages and services that will be of interest to the patrons, thus increasing tertiary sales and margins.

The rise of 3D many years ago was a big leap forward in entertainment technology. Now, with 4D technology, people can enjoy a full sensory experience, including sounds, sights, scents and even touch, through simulation and augmented reality.

In the past, simulation relied mainly on projection. Now, LCD and LED displays are being used to create an immersive experience: Visitors seated in the “cockpit” of an airplane simulation ride can be surrounded by several large-format displays, creating the feeling that they are really flying through the sky, and fully enveloping them in the ride’s environment.

Dark rides (or specially lit amusement rides in which passengers are sent on vehicles through an indoor, interactive environment and experience animation, sound, music and special effects in various scenes or tableaus) are a current boom in the amusement park space. In a dark ride, projectors and LEDs are used for simulation purposes, with the caveat that the product cannot light up or overwhelm the space.

Many children now have an expectation of virtual entertainment even in a space like a zoo or aquarium. Augmented reality in an aquarium might involve children playing games using interactive tablets that direct them to complete challenges around various exhibits. Zoos have augmented reality displays that show extinct creatures like dinosaurs, or bring still photos to life.

Even stadiums are creating augmented reality spaces in their museum or hall of fame areas, allowing visitors to see past and current players in action.

A business deploying digital signage technologies has to remember that the magic happens in the planning stages. Creating an understanding of objectives, including increasing customer engagement, boosting awareness, creating brand loyalty or driving revenue, is critical for a successful digital signage plan. Focusing on the tools one can use to get that return on investment, instead of focusing solely on ROI, will help entertainment businesses create a multichannel marketing plan that optimizes the use of digital signage and makes the investment worth it.