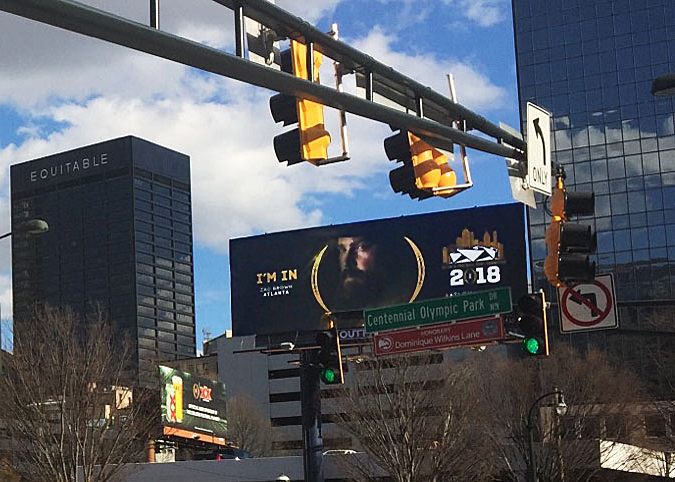 Story has it that the popular Incubus song, “Are You In?,” was created after an argument the band had during a jam session. Brandon Boyd reportedly said that, after the squabble, someone started playing the groove and, without talking, each member joined in. Boyd then went around the room with his microphone pointing to his bandmates and singing, “It’s so much better when everyone is in…Are you in?” The reason I mention this anecdote here is two-fold: to share info about a recent “I’m In” campaign, and to emphasize that successful digital signage is built on buy-in from all the players involved.

Although many AV system designers and integrators do not perceive their role in content creation, just being part of the media presentation and delivery chain gives us a role in content creation. The smarter AV firms recognized their creative potential more than a decade ago and built the necessary skills in-house, or partnered with “creatives” to offer clients content creation and system management services. Similarly, in the digital signage industry, ad agencies expanded their services to include content creation for their clients’ new media initiatives, while out-of-home network operators now offer digital platforms, and some even offer creative services for clients who do not have an ad agency or in-house creative capabilities. Whichever area of the digital signage industry you are working in, you’ve probably realized that content is the most critical component for success. If the visuals displayed aren’t compelling enough to attract eyeballs, the messaging has failed.

Earlier this year, the Atlanta Football Host Committee (AFHC) partnered with OUTFRONT Media to conceptualize, create and deliver the organization’s “I’m In” campaign, which celebrates Atlanta winning the bid to host the 2018 College Football Playoff National Championship. A significant benefit for the AFHC is that OUTFRONT offers a large network of static and digital out-of-home display locations throughout North America, as well as the production services of an in-house creative boutique.

Recently, I had the opportunity to discuss the project with Eddy Herty, OUTFRONT Media’s National Creative Director, who also leads OUTFRONT Studios’ creative staff of 46, located in five major cities. When I spoke with Herty, the AFHC teaser campaign “Are You In?” had transitioned to the “I’m In” creative. “The year-long campaign will spotlight two Atlanta personalities each month: stars like singer Zac Brown, as well as Atlanta residents such as teachers, students, bus drivers and business leaders,” Herty said, noting, “It is a community-focused campaign developed to unite the Atlanta community, thank everyone who contributed to making the city win the bid as the game’s host, as well as preparing for the national attention leading up to the game.”

According to Herty, this campaign was a partnership with the AFHC from the very start. “Thanks to our sales rep on the account, the initial meetings were not transactional, but discussions about how we could work together to achieve AFHC’s goals for success through the year,” he said. “It was a true collaboration, with us trying to understand their needs and them giving us the freedom to make suggestions.”

The creative is currently displayed on 53 billboards (digital and static) and 10 digital shelters. Plans are to add 40 more digital shelters during the next six months. In addition, the project is leveraging OUTFRONT’s social media and mobile networks. “I feel the best way we can promote or push social media on our DOOH assets is to just make great ads that inspire people to share versus telling them to share,” Herty noted.

Digital signage projects often involve many stakeholders with different priorities. There may be various departments involved in your client’s private network. These departments and other companies involved tend to work in silos. Effective collaboration, however, is key to a successful project. And, as indicated earlier, content is both the main driver and the medium through which this collaboration can flourish.

When working on a digital signage project, make sure there is a content strategy. Think beyond the size and location of the displays. Consider key factors that impact content creation, such as target audience, typical dwell time, adapting the creative for mobile and social media, and how often the content needs to be refreshed. Ensure that the creative for the DOOH displays is relevant to mobile and social media audiences. Beyond image size and orientation, it may be necessary to adapt the creative further, yet not lose brand and messaging continuity.

The song’s simple lyric, “It’s so much better when everyone is in” advocates working in unison. It’s a good motto to remind digital signage teams of the intrinsic value of collaboration in effectively delivering the client’s message.