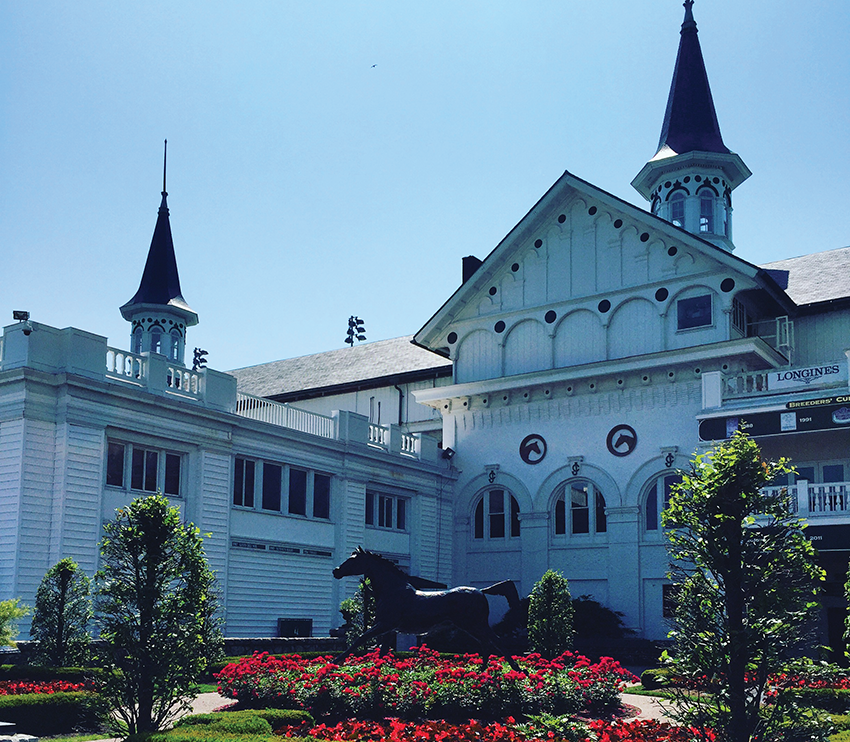 According to Jill Byrne, Director of Programming and Broadcasting and onscreen commentator at Churchill Downs, the 1600-square-foot broadcast control room was originally the venue’s junior jockey club, which was basically a designated kids’ playroom during race day. The renovation was a collaboration of Jeff Palmquist, Project Manager at Calhoun Construction, Louisville; Populous Architectural Design, a global company headquartered in Kansas City MO; Randy Garrett, Director of Broadcast Engineering, and Byrne. “The construction company did a phenomenal job working on a very tight timeline and very tight budget,” said Byrne.

Considerations had to be made to separate simulcast staff. “You have two directors and two technical directors working on two different shows,” explained Byrne. “Each had to concentrate on what he was doing. Jeff Palmquist came up with a glass door between the two control rooms. It was just enough sound buffer, but they could share monitor feeds. We wanted some transparency so people in other areas could see the monitors.”
Byrne noted that the construction company had to work around two big metal A frames that couldn’t be removed from the room. “They did a remarkable job of working around them. The A frames were put behind the two control rooms, and then the two audio booths were put back to back and closed off head to toe,” Byrne stated.

“Calhoun also designed and built some very functional consoles for the very expensive equipment. We were pleased with the integration of Alpha Video and subcontractor, Parsons Electric, in Minneapolis. We will continue to utilize Parsons and Alpha resources in any future broadcast projects,” Byrne concluded.