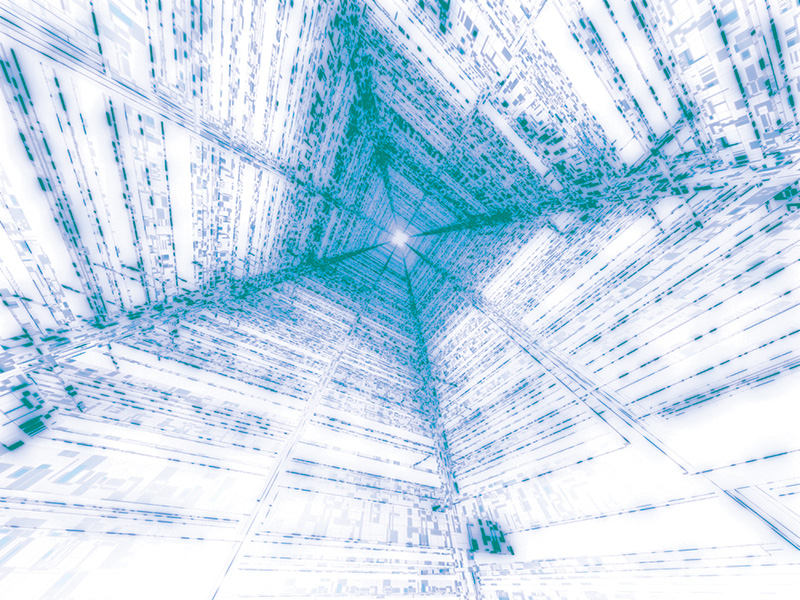 When was the last time you thought about conduit and cables? Personally, I think about these important, but unseen, aspects of our trade quite often. They’re a constant point of discussion between integrators and house of worship (HoW) leaders who are developing plans to construct or renovate a HoW.

In what seems to be our wireless world of communication, we can easily forget that the laptops and smartphones that we use to connect to Wi-Fi in our homes, offices, schools, airports and HoWs, among other locations, depend upon a router that is connected to a cable (of some sort), which, more than likely, is inside of conduit that runs to a location where your internet provider connects to your structure. Most of us understand that the electrical cable in our homes, offices or HoWs is found inside conduit. Most municipalities have codes (laws or ordinances) that specify requirements for running (most) cables inside of a home or facility, including HoWs.

Why do most codes require the use of conduit? Obviously, the primary purpose of conduit is safety. Conduit reduces the chance for wires to be exposed to elements that would compromise the insulation that the cover provides; this reduces the chance of short circuits that can cause fires and other issues. The exception is that some municipal codes allow “plenum-rated cable” (wire that has a special coating/insulation), which is unlikely to smoke or cause a fire. Plenum cable can be run in what we call “free air”—supported, but not laid across, say, a drop ceiling or floor—and, thus, without conduit.

Those of us who work with HoWs use many types of cables to connect a multitude of communication devices. We use audio cable, coaxial cable, fiberoptic cable, HDMI cable and Cat5/6 cable, among other types. When HoW leaders are planning to build a new worship space, or renovate an existing worship space, they typically understand the need for electrical cable to be run inside conduit. However, when we begin to discuss the need for conduit for cables that are used for communication technologies, HoW leaders often feel like it’s an unnecessary expense. They ask why conduit should be used, rather than just pulling cable everywhere. That’s a fair question. So, let me explain how I help HoW leaders understand why nearly all cable types that we use to connect our communication technologies should be run inside conduit.

First, the purchase price of conduit will be offset by time—that is, labor—saved when running cable through conduit as compared to running the cables “free air.” Free air requires a support system, which is usually suspended from something in the ceiling. That requires a lot of time maneuvering in unsafe and unfriendly locations…even through cumbersome pathways.

Second, conduit paths can be identified during the planning stages and drawn into the blueprints (such as from front-of-house sound position to backstage).

Third, conduit can be installed in the foundation, inside walls, in the ceiling and anywhere that designers determine content must be either captured or displayed through the worship complex. That enables cables to be protected and hidden from view, thus providing a clean look in the worship space.

Fourth, placing conduit makes it much easier for integrators to “pull” the cables quickly to the predetermined location. Again, this saves a lot time and, thus, it saves a lot of money.

Historically, we buried in the foundation of a new HoW either 10-16, four-inch or even eight-inch conduit pipes from the front-of-house location to backstage, so we could run our long, heavy audio snakes, heavy coax video cable and other vital cable. Today, the good news for integrators is that a few lightweight Cat5/6 cables that are used for digital audio snakes have replaced those long, heavy audio snakes. Heavy coax cable has generally been replaced by fiber (and Cat5/6) that carries audio and video signal. In addition, the long runs of RGB for cable runs to projectors have also been replaced by fiber or Cat5/6 cable. In fact, Cat5/6 can be used to transmit many types of content; thus, we use it throughout most HoWs to transmit data, audio and video.

The current reality is that HoW leaders want nearly every room in the facility to contain a video display that is connected from central sources typically found in a video production room (master control). However, they cannot always purchase projectors or flatscreen monitors in phase one of construction. Thus, in order to prepare for the future, we draw (and then install during construction) conduit runs from the master control to nearly all locations where people will congregate; those locations include the lobby area, classrooms, offices, social halls, sports complexes and, in some cases, even the bathrooms.

Numerous companies make devices, such as HDMI extenders, that enable Cat5/6 cable to bus audio and video to locations far away from the master control room. The nice thing about Cat5/6 is that it’s very cheap, as compared to coax and fiber, and it’s easy to use.

I believe that conduit can, and should, be used to create a network of hidden pathways for cables to connect multiple devices through a worship complex. I believe that the initial, upfront cost will be overwhelmingly offset by time saved when integrators pull the cables through the conduit, rather than dealing with free-air integration. I also believe the use of conduit and cable to create networks for leaders to share their faith effectively is an important topic, which we should understand.

That is what I believe. Please tell me what you believe.