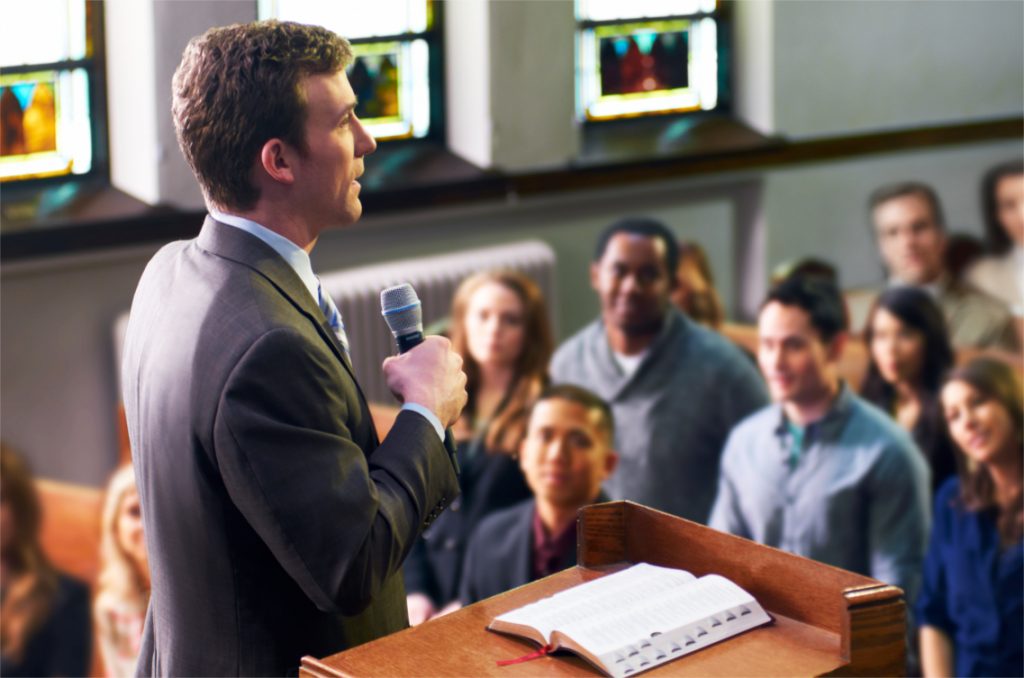 Wireless microphones have become a mainstay of the AV world. They’ve evolved from being something special—used, for example, at an important sales meeting—to a standard feature in everything from boardrooms to distance-learning classrooms. Recent changes in wireless spectrum availability and operating regulations are causing concern and confusion for some wireless users, and there are many more who don’t know anything about how the changes will affect them.

The current situation has created an important opportunity for systems integrators to reconnect with existing customers and win new ones. Schools, businesses, theaters, performance venues and houses of worship all depend on wireless microphones and personal monitors every week. In the next 12 to 36 months, some of those users will experience interference problems for reasons they don’t understand, and they will need to make changes that they might not be comfortable implementing themselves. They desperately need your help, but they just might not know it yet. Here’s a summary of what’s happening, who will be affected and how you can help your clients deal with it all.

For many years, the UHF TV band has been the most popular spectrum for wireless microphones, in-ear monitors and even some production intercom systems. The same characteristics that make the UHF band desirable for wireless microphones also make it attractive for consumer wireless products, such as smartphones and tablets.
For mobile device manufacturers, the UHF TV band occupies a sweet spot in the spectrum, boasting a nearly ideal blend of short antenna size, high data capacity and good signal penetration, even when towers are located far apart. According to CTIA, cellular data consumption in the US increased 42 percent, to 13.7 trillion megabytes, in 2016, and it shows no signs of tapering.

To keep up with the demand, the Federal Communications Commission (FCC) has been diligently working to allocate more spectrum for mobile broadband. The transition to DTV broadcasting offered an opportunity to condense the UHF TV band, because DTV stations can occupy adjacent channels or even share the same channel. In 2012, Congress mandated an Incentive Auction of UHF TV spectrum, designed to encourage over-the-air broadcasters to relinquish spectrum in exchange for a share of the auction proceeds. The auction was concluded this past March and, as a result, the UHF TV band will be reduced from the current range of 470MHz to 698MHz to 470MHZ to 614MHz. The cleared spectrum from 614MHZ to 698MHz will be used primarily by mobile wireless providers.

And The Winners Are…

Most of the auctioned licenses in the 600MHz band were won by national wireless service providers like T-Mobile, Dish, Comcast and U.S. Cellular. Each license includes two slices of spectrum 5MHz wide, and covers one of 416 geographic areas. One slice is used for the downlink signal from the tower to the mobile device, and one is used for the uplink signal from the device to the tower.

The downlink portion of the mobile data band is separated from TV channel 37 (which is used by medical telemetry devices and radio telescopes) by a narrow Guard Band. A portion of the Guard Band (614MHz to 616MHz) will continue to be open to wireless mic users; however, because it’s only 2MHz wide and adjacent to the mobile broadband downlink spectrum, it is unclear how useful it will be.

Wireless mics that only operate below 614MHz may continue to be used with or without a license; however, systems that are capable of being tuned to any frequency between 616MHz and 653MHz, or between 663MHz and 698MHz, may not. It’s not enough to tune an obsolete system to a frequency that is still legal; rather, it has to be incapable of being tuned, even by accident, to an illegal frequency.

Last month, the FCC clarified that wireless systems that could be modified to comply with the new rules may continue to operate after the transition period ends in July 2020. The modifications must restrict the system’s tuning capability to only the permitted frequency ranges, as well as limit the transmit power to 20mW when tuned to frequencies in the Guard Band or Duplex Gap. Whether such modifications are technically feasible depends on the design of the unit; consult the manufacturer for details.

Deadline Is Sooner Than You Think

You might have heard that the 600MHz band transition won’t be completed until July 2020; that’s not the whole story, though. The FCC has assigned TV stations around the US to one of 10 transition phases during which they must move to their new channel. Phase 1 begins in September 2018, and Phase 10 begins in May 2020. All stations must complete their moves by July 2020. After that, the use of all wireless microphones and personal monitor systems on frequencies between 616MHz and 653MHz, or between 663MHz and 698MHz, will be prohibited by law.

But here’s the catch: The mobile broadband providers may begin service much sooner, if their slices of spectrum are already unoccupied by TV stations. In some areas, testing could begin late this year. As soon as one of these providers begins to test in the 600MHz band (even if public availability is months away), wireless mic users in that market must cease to operate on those frequencies to avoid causing interference.

When mobile broadband signals appear in the 600MHz band, it’s likely that wireless mics on those frequencies will experience interference and degraded performance. How can users stay aware of the rollout schedule in their local area? Any mobile provider that is initiating service must report it to the FCC-designated TV White Space Databases. There are several of them, but they all have the same information. Wireless users need to check those databases frequently to avoid causing and/or receiving interference.

Not Just The 600MHz Band

With all the focus on the 600MHz band, it’s easy to overlook another issue: Many of the TV stations that are moving out of the 600MHz band are moving into the lower part of the UHF band. Some of them will share a TV channel that is already occupied by another station; however, many have been assigned their own channel in the 470MHz to 608MHz range. Wireless mic users in this “500MHz band” also need to pay attention to local TV channel changes so that their wireless systems aren’t suddenly prone to interference. In some cases, it might only take the push of a button to reset the system to a frequency in a different TV channel that remains unoccupied. If there aren’t any other unoccupied TV channels within the system’s tuning range, then it will have to be replaced.

The 600MHz auction will have some ripple effects even outside the US. Some stations in Canada, near the US border, will also change channels to avoid interference with US stations; that might require Canadian wireless users to change frequencies.

For clients who need new wireless systems, there is good news. Advances in wireless systems allow many more units to fit into limited spectrum. Just one unoccupied TV channel can now accommodate enough wireless microphones for a small to medium corporate, education or worship event. Where the UHF TV band is too crowded, the VHF band or non-TV bands, such as 900MHz, 1.9GHz and 2.4GHz, provide additional options.

What To Tell Clients

For systems integrators, this is an ideal opportunity to build and solidify relationships with both current and potential clients. Now is the time to reach out to them and let them know that their wireless gear needs a checkup. Tell them that, under the new regulations, some wireless microphones and personal monitors will no longer be legal, and they’ll begin to suffer interference from mobile broadband services. Systems that are still legal might suffer interference from a TV station that is transmitting on a new channel.

With a phone call or a brief site visit, you can identify which wireless systems will be affected. Some clients will need to schedule a service call so that your technician can make frequency changes or install software updates that keep their current equipment humming and compliant. Others will need you to recommend appropriate replacement systems that meet their needs—perhaps those with new technologies, such as remote monitoring capability or automatic interference avoidance.

The UHF TV band is becoming more crowded, but advances in technology are making wireless microphones and personal monitors more reliable and convenient than ever. Systems integrators should look at this spectrum transition period as an opportunity to provide the kind of advice and service their customers rely on and expect.