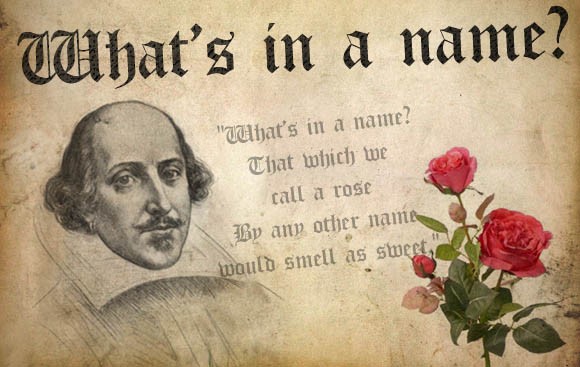 Juliet:
What’s in a name?
That which we
Call a rose
By any other name
Would smell as sweet.

The internet was abuzz about the-organization-previously-known-as-InfoComm’s name change to AVIXA. It is an extremely bold move met with mixed, but hopeful, reviews. I remain cautiously optimistic.

I still have folders in my email and computer labeled “//ICIAstuff”. InfoComm International used to be called ICIA (International Communications Industry Association). They made the change from ICIA to InfoComm International in 2005, to better brand and align themselves with their popular tradeshow. So, changing the AV industry association’s name has precedent in semi-recent years. Although, “AVIXA” doesn’t quite have the name recognition that “InfoComm” does. In fact, some (like the hilarious Twitter account @AltAVIXA) think that the new name has a medicinal quality to it:

we are NOT medication Plavix. Please contact your doctor if you’re having rash, bruising or fever #newkidontheblock #rashfree93 #avtweeps pic.twitter.com/EBMA2NmWqA

What I love about the name change is the intent behind it. A big goal of the new organization is to broaden its reach, which is something I (and I think many others) have been advocating for years. Instead of just reaching out to designers, integrators and manufacturers, AVIXA wants to hit all stakeholders in the AV game: architects, content creators, technology managers, end users, etc. This makes total sense. It makes for more complete and effective networking events. InfoComm events AVIXA events will give members more opportunities to meet peers, vendors and clients. This is a powerful change and should be applauded.

Another great move is putting “AV” front and center, not only in the name but in the mission. After years of hearing about AV and IT converging, or that AV is basically IT, or that IT is swallowing the AV industry—AVIXA is proudly stating that AV is not IT. AV may ride the IT super highway, but the experience that AV can provide is a completely different beast. I dig this. Several recent blogs of mine have been downers because the IT/UC folks are doing such a great job of stealing our piece of the pie, so to have the industry association come out and state that AV is strong and different from IT is an awesome and needed thing.

However, there are some aspects of the change that I am nervous about. InfoComm is already a huge show. It takes days to walk the show floor, never mind stop and talk to people as well. Now being run by AVIXA, the show is going to be even more overwhelming. Plus, I have come to know a lot of the players at the show over the years…but bringing in people I know nothing about from aspects of the industry I have little experience with but should get to know…I can’t imagine how best to plan my time. I’ll steal a line from Jim Gaffigan when asked what having a third child is like: “It’s like drowning, and then someone hands you a baby.” Is this going to be my InfoComm show experience with AVIXA? “It’s like trying to keep my head above water at InfoComm, and then someone hands you four new tradeshows to throw in the mix.”

Education-wise, I have similar concerns. InfoComm’s education, certifications and standards have focused on AV integrators and designers. How will the introduction of new membership be met? Will there be new classes, certifications and standards for the new stakeholders? Will the needs of the integrators and designers take a backseat while the focus of the organization is on the new members? I understand that a mother’s love knows no bounds, and when a new child comes into the family, the first child isn’t loved any less and there is enough love to spread around…but this is business, with finite resources. Where will the focus be? Several bread-and-butter AV design and installation curricula were finally starting to peak and get really well-honed. Are their continual improvement cycles going to be stalled to allow for new endeavors?

And, while on the topic of finite resources, “That which we call a rose, by any other name would smell as sweet.” I love and respect my friends at InfoComm. They are selfless people who put their all into improving the industry, and I don’t want the team to change. However, who are the experts with the contacts in all these new stakeholders at AVIXA? By making a change so bold that it requires a re-branding, does that require a new team? I hope not. But, without new team members, isn’t the rose still just a rose? Further, do all these new stakeholders already have industry associations representing their interests, or will they be open to this new entity calling on them?

So, I remain cautiously optimistic. The mission sounds exciting, incredible and is something I can get behind. I have many concerns about spreading the organization too thin, making too many changes at once to satisfy non-existent demands, and maybe (hopefully not!) altering an incredibly powerful, effective team for whom I care very much. Of course, the flip side is there are a ton of people at AVIXA who are way smarter than me who probably had answers to these questions two years ago. At the very least, the name change got a lot of people talking passionately about AV, and really, what more can you ask for from the industry association?

Congratulations, AVIXA. I am looking forward to our next chapter.