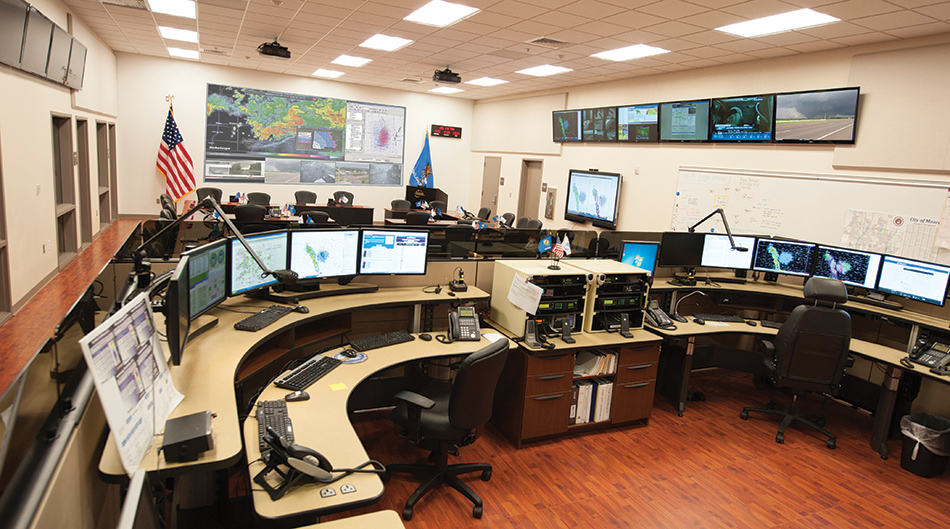 It is hard to believe that 2016 has finally come to an end and 2017 is making its debut. The ushering in of a new year brings a host of new predictions of what’s to come, especially in the AV/IT industry.

In 2016, video-enabled everything was the buzz, 4K became widely adopted, videowalls continued to proliferate, and AV and IT continued to converge. Here are some predictions:

Big data has taken the business world by storm and shows no signs of slowing down. Massive amounts of data are being correlated and summarized. Data summaries are being displayed on heat maps, geographic maps, in geospatial models and in graphs, aiding in collective situational awareness and better decision making.

In 2017, big data implementations will continue to proliferate. Video display walls and video distribution systems offer the best way to share the valuable insights of big data applications with the relevant people.

Whether it is for managing oil and gas refining and production, running an electrical distribution network, managing emergency operations in a major metropolitan area, monitoring building automation systems in an office complex, sharing company performance and news on a corporate campus, or surveilling cameras in a security operations center, there will be an increased need for a multitude of display processing solutions. This includes videowalls designed with highly reliable video processing appliances or PC-based architectures.

2017 will be the year when organizations harness the power of videowalls to enable the visualization of information to make real-time decisions in mission critical environments.

In 2017, 4K UHD will continue to be adopted in the market. 4K UHD means a lot more than just more pixels. Technologies such as high dynamic range (HDR), OLED and new flexible materials will allow almost any surface to become a videowall and reduce the cost of ambient lighting systems. Colors will be more vivid, dark areas of video will become distinct and eyestrain should be reduced. Video will come much closer to the range of human vision, and people will be more comfortable because of it.

With higher-quality materials, display screens can be made with smaller electronics, allowing them to be placed virtually anywhere. With pixel density increasing, the concept of “wall on the desk” becomes real. Many systems can be displayed and actually viewed on a single large-format desktop display. New video processing and distribution technologies will have to support these capabilities.

Like the Internet of Things (IoT), Video of Things is moving quickly with high-quality video built into everything. Smartphones have become smart cameras. Resolutions increased from 0.3 (VGA) to 20 megapixels.

Industrial machinery is being built with video for fault detection and monitoring. Consumer devices are including cameras for everything from QR/barcode scanning to biometric identification to social media sourcing. Military, law enforcement, healthcare and fleet service organizations are putting video cameras on their personnel. Automobiles, trucks, buses and trains all are getting cameras, both inside and out.

As the VoT rolls on, and camera resolutions increase, users demand display technology to keep up. Images have to be larger, displayed together with other high-resolution images and then redirected out to other users, either in their original form or annotated by the user. Applications will become more like mixing boards for video, and users will be DJs. All of this requires advanced video processing, distribution and display, including display walls, video switching over IP and control tools for managing it all.

Rise of IoT Has Created a Security Nightmare

Thanks to IoT, something as innocuous as a light bulb or as important as your vehicle can be connected digitally. According to ABIresearch, IoT is growing at a dangerously fast pace, and researchers estimate that, by 2020, the number of active wireless connected devices will exceed 40 billion. However, with an increasingly interconnected world comes an increased security risk.

IoT devices have become an attractive target to cybercriminals, enabling malicious activities such as hacking of medical devices, vehicles, baby monitors and more. In 2017, IoT will continue to be a prevalent topic, yielding high concern at all levels, even the federal government (see this FBI Public Service Announcement from 2015). With no signs of slowing down, it is only a matter of time before IoT makes its way into the world of videowalls, making it vitally important to upgrade security infrastructure for these systems.

Using video as a way of isolating systems, while providing discrete monitoring and control of each system, is an interim measure while robust security for “Things” can be developed. Adoption of video appliance architectures will continue to be driven with security in mind. Video streams have to be encrypted. Access to video has to be authenticated. Networks must be more rigidly isolated.

Video switch technologies are racing to catch up in some cases, while legacy baseband video may offer a respite by preventing network traffic from passing.

For the most part, the AV industry has a good handle on delivering solutions in control rooms, situation management facilities and other central facilities, where infrastructure is concentrated. But increasingly, video has to be distributed.

Traditionally, digital signage has been a non-real-time application: Files are transferred and stored on players. As we enter 2017, visual and audio information have to be distributed, sometimes widely, sometimes to narrow and well-controlled audiences. Video from central control rooms, board rooms, network operations centers and the like has to be moderated and then distributed easily to end users who may be in the next room, or around the world. Video solutions have to be able to scale from simple small video-over-IP streams, up to lossless professional-quality video.

Technology is evolving continuously. The latest innovation this year could be out of date in the next six months! In 2017, organizations will be focused on ensuring that their AV/IT budgets are being appropriately allocated. With this in mind, it’s important to invest in futureproofed solutions and save your organization from using precious resources to update expensive hardware.

Modular architectures will be important to consider. When investing in
videowalls and video distribution systems, the backplane is key, then look at the roadmap for expansion boards.

Of course, some customers may be tempted to go down the “disposable system” path, opting to buy low-cost solutions. Remember, however, that there is much more to the cost of an AV system than just the processing boxes. Cabling, installation, maintenance and other costs have to be considered. Buying a modular system with a roadmap that recognizes the future of technology, protocols and applications is a wise move.

In 2017, everything will be software defined. According to research firm, IDC, the software-defined networking (SDN) market is heading toward a valuation of US$12.5 billion by 2020; that would be more than 50% growth from 2016’s nearly $8 billion market.

This boom will lead to increased network management centralization, thus enabling more efficient IT infrastructures. Like selecting modular systems, looking at the roadmap for future upgrades in SOCs will make the most of the system investment. Choose processors with enough horsepower to deliver the video processing requirements your clients have today and expect to have in the future. Even if you are not using advanced codec technologies, strong encryption or the most aggressive compression algorithms, select an SOC solution that can meet future needs. Replacing equipment can be much more expensive than making the right choice in the first place.

Although these are merely predictions, one thing is certain: 2017 will be a great year for the AV/IT industry. We can’t wait to see what’s in store! 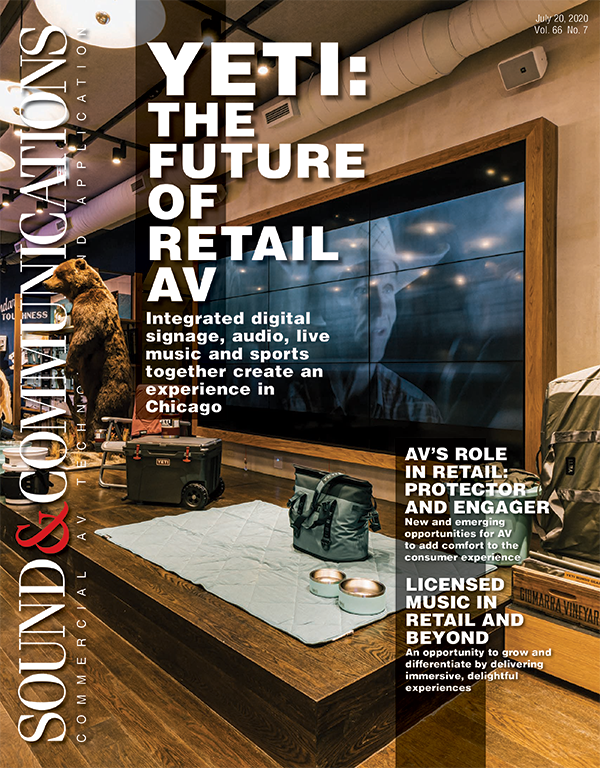