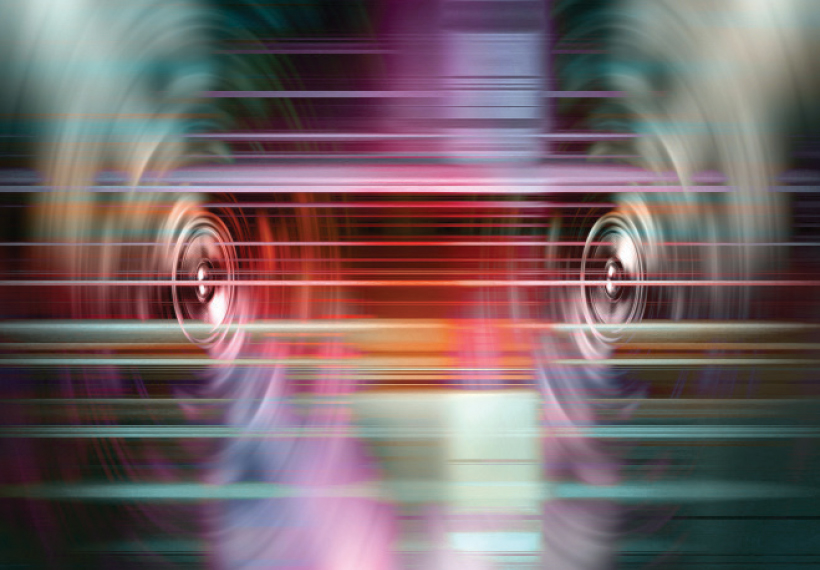 Here we are, closing in on an all important subject soon to be disclosed, with Part 3 of my four-part series. Part 1 in January and Part 2 in March are must-reads, so you can be in tune with the series. If we are really going to make changes and improve our lives and others’, we must be in sync, informed. (Before we move on to the issues, I want to mention that if you are an owner/end user, be sure to read the “disclaimer” at the end…I don’t want to offend anyone.)

Eddie, being a proactive rep, went to the church to meet with officials to understand the situation before recommending an integrator. It turns out that the church facility was a highly reverberant space; they were looking for line array loudspeakers to increase the intelligibility of the spoken word to the congregation. They were using traditional woofer-horn loudspeakers and it really sounded “bad,” according to Eddie.

Using his experience and knowledge of PA systems, Eddie explained the benefits of a line array, that he had heard the recommended loudspeakers in question many times in similar spaces and the difference was dramatic. He asked if they would like a demonstration (he had a single loudspeaker he could set up for demos on a traditional stand). They loved the idea of a demo; after all, what better way to justify an expense than actually seeing and hearing the loudspeaker in action?

Eddie set it up, adjusted the loudspeaker and even came to the first Sunday service to make sure all was good and the demo was off and running. A week went by, then two, then three; Eddie was waiting to hear back on the approval to purchase a set of the loudspeakers, and have them installed (he had already discussed the installation with an integrator, which was on standby).

Upon follow-up, they said they would be raising the money and would get back to him shortly, and they did: A week before Easter, they called and said they were ready, and needed the loudspeakers delivered and installed in less than a week! Well, that was not going to happen, at least not for this particular model of loudspeaker. They are made to order with a chosen color and it would take at least three weeks.

He explained this and, instead of placing the order and keeping the loaner, they said to come pick up the loudspeaker. He picked it up a few days later and, lo and behold, sees a competitor’s model. Apparently, the church had some issues with price, was on the fence on buying the loudspeaker…and when they found out they could not have it right away, purchased another line array model (one of inferior quality, at a lower price), but with similar performance.

Eddie was flabbergasted! They had been using his loaner loudspeaker for six weeks; he thought for sure that they were so satisfied they would buy a set, and that it was worthwhile for his company to have loaned the loudspeaker. I have encountered similar actions by end users. In my opinion, in this instance, they could have just continued using the loudspeaker for the event they had coming up, and placed their order afterward instead of going with another brand.

You know, good will is a good thing and often pays off, but many times it does not. For me, there are two lessons here: First and most important, do not stop helping others based on a few bad experiences. It’s easy to go to extremes after a few situations like this, but don’t make others pay for the “bad will” of others.

Second: A little more work on the loaner would have paid off. Six weeks was probably just too long. Discussing with the church that there would be a three-week delivery time for the speakers may have also helped in this situation. Eddie should not have assumed that, because of his “good will,” they would purchase the loudspeakers, even if it inconvenienced them.

The next situation is one of mine: A nightclub/eatery, referred to me by a local DJ who worked there, required a new audio system (actually three), including a DJ system for two different levels and a background music system for the eatery. I met with the owner and his son, walked the space, observed the equipment they were using and gathered the information I needed for a design and proposal.

Usually, for clubs, I don’t do elaborate proposals. I had already done most of the clubs in the area, had a great reputation and many recommendations (including their own DJ), and would just draft a basic one-page proposal of the equipment and a total price. However, this was different: They wanted a full proposal, descriptions of intent, model numbers, layout of devices and more.

I typically am leery of doing this. You don’t know what their intent is: Are they really going to purchase the system from you, or do they just want your expertise so they can have someone else do it, or even do it themselves? I will share this with you: The owner looked like my father! That’s right. I remember this like it was yesterday, and you know what? I said “OK.” I developed a design, drawings and proposal for free, and delivered it. It came to about $30,000 (audio only). They said they would get back to me in a few weeks because they really wanted to get this done. I waited….One week, two weeks, three weeks, called a few times and left messages for the owner, so I decided to go there and find out what the holdup was. You guessed it: The son went to a local music store, bought everything I specified, and took my design and installed it himself! This was clearly their intent from the beginning; they were never going to purchase a system from me.

What a disappointment that was. I had spent about 10 hours between the time onsite, the return and delivery of the proposal, and the design and proposal itself. The lesson here is simple: Stick to your policy; if they want a turnkey design on paper, charge them for it with the caveat that, if they purchase the system from you, they get the money back in credit toward the purchase price.

The last situation is one of a sales engineer working for a medium-sized integrator, on a lead for a small church that needed a new portable system. Let’s call the sales engineer Bill. He met with the pastor onsite and got a full understanding of the church’s needs. It shared a space with another pastor who offered services on a different day. They set up their own individual system each time and did not want a permanent system.

They needed a wireless mic, a few wired mics, a mixer, loudspeakers and stands, amplifier, EQ, compressor, and an equipment rack on wheels: about $7000 for the system (not a big sale, but a sale nonetheless). Bill put the system together, and delivered a proposal, which the pastor said was a little high. With a little value-engineering, it was scaled to $5000…still a good system but with less expensive wireless, a smaller mixer and deletion of the expensive wheeled rack. (The pastor had a wood cabinet on wheels and felt he could continue to use it, against Bill’s advice. The cabinet was just too flimsy and the wrong height, but the pastor insisted on removing the wheeled rack from the proposal.)

The proposal was signed, the system delivered and installed, and then the trouble started. Bill received a call that something was wrong. Upon his arrival, Bill was yelled at by the pastor, saying he tricked him: Where was the wheeled rack that he knew was part of the proposal? He felt lied to! Of course, Bill calmly responded, showing the pastor the signed proposal, and tried to remind him of the conversations they had. But the pastor would not listen, and said that he wanted the rack he was promised (about $700) for no charge.

Without starting an argument, Bill calmly said flat out that the rack was removed on the pastor’s direction to save money, that the system was installed in his cabinet as he described, and that they would be glad to reinstall the system in the new rack for no labor charge, but he would have to purchase the rack.

Well, before Bill got back to the office, the pastor had already called his general manager and complained that he was lied to and tricked by Bill. Without even talking to Bill, the GM agreed to deliver and install the rack for free.

What can I say? Do you have to record all client meetings? You know, customer service and good relations are tricky. I can see the point of the GM not wanting his company’s good name disparaged by this experience, and Bill’s point that he expected support from the GM. This client clearly bullied Bill’s company into submission on threat of complaint. What do you think of that?

The point here is that, time after time, people selfishly cross established lines of ethics and even good will to get what they want, without regard to others, all to save some money.

Thank you in advance for following this series. Shortly, I will be putting this all together with a conclusion that will really make sense (I hope) and get us to start thinking of the future.

Disclaimer: I know there is a lot of negativity here, and I am sure that the positives of working with owners and end users outweigh the negatives. In fact, I invite any owners and end users to share with us some examples you may have of some “stupendous” things you have done during a project for the team you have hired, for a future “benefits of knowing your client” piece.

If you think I left something out, or want to add to this discussion, send your comments, suggestions and situations to dkleeger@testa.com.

Previous ArticleDigital Wireless Mic Frequency Coordination Part 1: I should have known there was an app for that.Next ArticlePlaying the Numbers Game: Who is Responsible When it all goes Wrong?