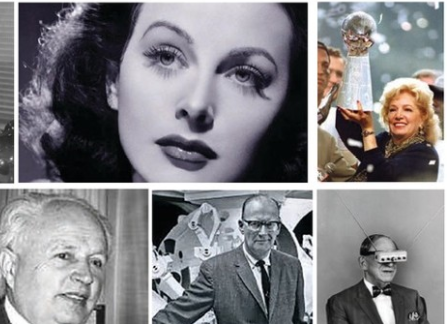 We are generally taught that every great invention or achievement is the result of someone’s efforts at a given time, but we’re rarely provided with any background explanation or discussion of the inventor’s motivations.

A recent reunion with an old college roommate called this to mind. His specialty is satellite antennae, so, over his career, he’s met a few interesting characters. He developed his “Major Tom Theory,” which boils down to the idea that, if you’re “really, really rich and even slightly technologically inclined,” you’re going into space.

After he rattled off a long list of notables, including Bill Gates, Elon Musk, Jeff Bezos and Richard Branson, I began to understand his premise. He continued that you have to be a bit of a nut to think you’re going to make money going into space; nevertheless, he was impressed with Musk’s efforts. Apparently, his SpaceX efforts resulted from the Russians trying to gouge him on rocket prices.

All of that got me to thinking our industry had its own share of unique characters, as well. So, I thought a little quiz might be in order. Email me if you got them all correct, without peeking at the answers.

Q1. He kept alligators, rattlesnakes and black widows in his Schenectady NY home. This cigar-chomping four-footer also postulated important electromagnetic theories that revolutionized motor design. The highest IEEE award is named for him.

Q2. Afflicted at age eight with Sydenham’s chorea, precipitated by rheumatic fever, this train-loving US Army Signal Corpsman invented a circuit intended to detect the magneto pulses of German Zeppelin bombers flying over Allied airspace in World War I. His superheterodyne circuit is now the basis of FM radio, which he lovingly presented the first portable version of as a wedding present to his wife.

Q3. This German engineering student married a Russian woman in 1934, and he remained separated from her until her death in 1991. Apparently, all that spare time allowed him to invent the microwave oven, the JFET transistor and an interesting tweeter.

Q5. Born James Martini, his fiancée, Glenna, suggested he change his name (and, perhaps more importantly to us, his initials) before they married. He ended up making loudspeakers in Los Angeles CA.

Q6. This once-aspiring opera singer, frustrated that her cheerleaders couldn’t dance in rhythm to a central point speaker cluster, was the inspiration for today’s modern-day stadium distributed sound systems.

Q7. This inventor and science fiction writer from Luxembourg wrote the concept behind virtual reality back in 1963. He also published the first-ever magazine devoted to our field, titled Modern Electronics. The World Science Fiction Society’s highest honor, the Hugo, is named after him.

Q8. This very smart, Austrian-born actress, given the “most beautiful woman in the world” moniker, was first married to a wealthy munitions manufacturer who owned the von Trapp family house used in “The Sound of Music.” How smart was she? Howard Hughes once put a team of engineers at her disposal. She patented the concept of Frequency Hopping Spread Spectrum to make remote control torpedoes more reliable. We use that same technology in our wireless microphone systems today.

Q9. This Washington State-born star (who has three stars on the Hollywood Walk of Fame) invested $50,000 in a six-person, Redwood City CA-based company, helping to make it one of the linchpins of early Silicon Valley. Using Nazi technology “recovered” by the United States Army from World War II, it commercialized both audio- and videotape recorders. This person also sang “The Little Drummer Boy” with David Bowie.

Q10. This English avid scuba diver discovered the underwater ruins of the ancient Koneswaram temple near Trincomalee, Sri Lanka. He also wrote science-fiction stories, including, in 1945, the first popular one on geosynchronously orbiting satellites. He also co-wrote 2001: A Space Odyssey, considered one of the most influential movies of all time.