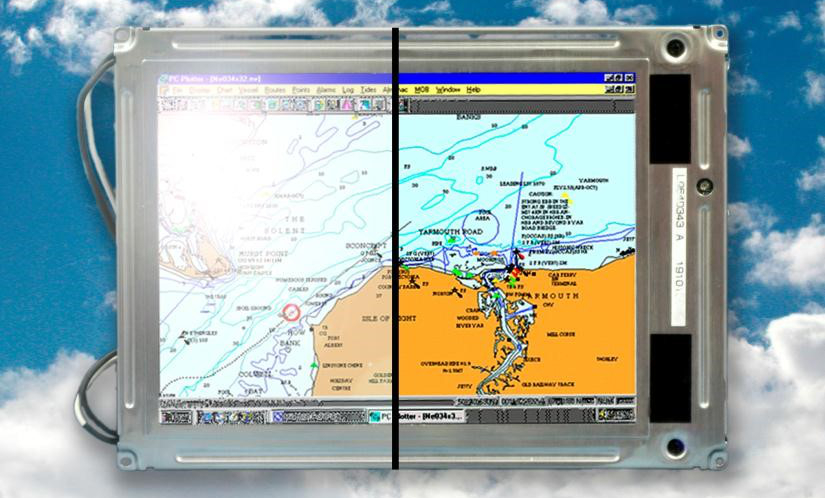 Attend any AV tradeshow today and you will certainly be WOWed by the large OLED screens on exhibit. These displays have beautiful, bright colors and dark black blacks unique to this new technology.

OLED, which stands for Organic Light Emitting Diode, is currently the rage for home TVs and display manufacturers are trying to make the case for them in more commercial environments, as well. Similar in a sense to how plasma technology worked, each pixel is its own light source. When you want to show a color, the OLED pixel shines brightly. Since there are no backlights, when you want to show a black background, there is just an absence of light, providing a true high contrast display.

But, OLED comes at a cost, both in hard dollars as well as in its total cost of ownership over the display’s life. OLED technology and displays do not come cheap. Prices have fallen dramatically over the last few years, due to increased production, but they still are at a high premium compared to LCD displays.

Also, OLED, like plasma, is a light producing technology. It has technical issues related to its useful life and the high potential for screen burn or image retention, something that today’s LCDs don’t have.

In addition, the substrate on an OLED display is by its nature not black, but more of a white. In high ambient light conditions, this can counteract the effect of its black state due to reflections coming from the front. That is why OLED displays are best viewed in darker environments. If the environment may be sunlit, UV coming from the sunlight can also create a reaction to the OLED pixels themselves, causing them to appear more white, reducing the overall contrast.

LCDs are cheaper and ubiquitous. Every major display manufacturer has its largest line-up of commercial displays made up of LCD technology, from videowalls to narrow-bezel displays. The cost of LCD displays is much more affordable, even in sizes greater than 70″ diagonal, since they are in such mass production.

But LCDs don’t have the distinctive contrast that makes images on an OLED display more eye-popping. A typical LCD display in a commercial environment can seem faded, with muted colors and black backgrounds that appear more gray than black. The surface of a bare LCD is not smooth like glass, so light will diffuse off of the surface, scattering in all directions. That is why the eye sees the colors on an LCD display as diluted or faded, even indoors. If an anti-reflective (AR) glass is added to the front of an LCD, it essentially becomes a mirror, despite the AR coating. This is because there are now three surfaces off which light reflects: the AR front, the inner side of the front glass and the LCD surface. All of these surfaces cause any light to reflect like a mirror, which means that the greater the ambient light, the worse the front-of-screen performance.

When dealing with higher ambient light environments, it should be determined if a customer’s message could be lost due to this effect. This should be a major factor when deciding between LCD and OLED displays. 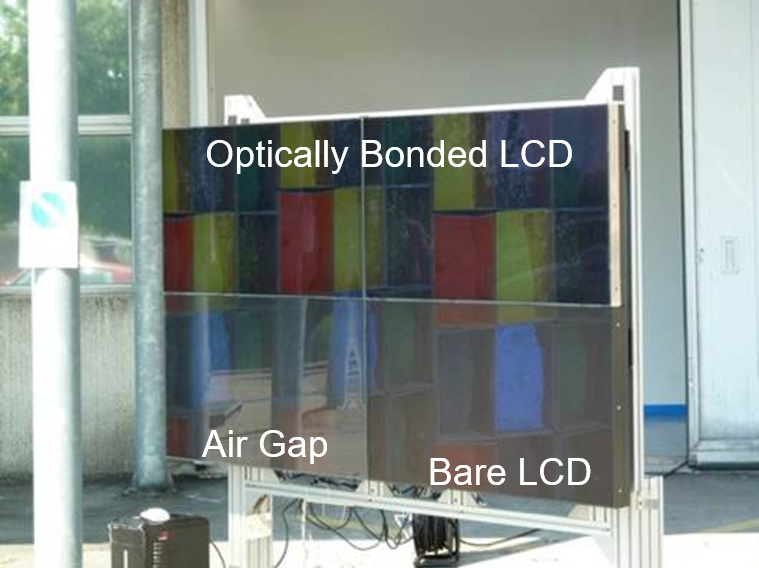 What if you could enhance the LCD screen to achieve the same eye-popping colors and black blacks offered by OLED technology? That is exactly what can be done through a process called “Optical Bonding,” or OB.

Optical Bonding provides a way to greatly increase visible contrast and reduce any reflection or diffusion of an LCD display in ambient light conditions, providing a front of screen performance that nearly matches that of an OLED display.

Reading the specifications for any LCD display, the value for contrast is always impressive. 50,000:1 or 100,000:1. Contrast is the difference between white and black as perceived by the eye, which would indicate that the eye can greatly differentiate between a white image and the black background around it. However, what the specifications don’t say is that contrast value is only valid in a room devoid of any ambient light.

Once any ambient light is added, that contrast value plummets. The greater the light in an environment, the worse the LCD contrast becomes, approaching 5:1. In this state, the eye cannot differentiate between the image and the black background. In fact, the black appears whiter and the displayed image appears faded, or less bright. Therefore, the contrast must be “protected,” even in ambient light conditions. 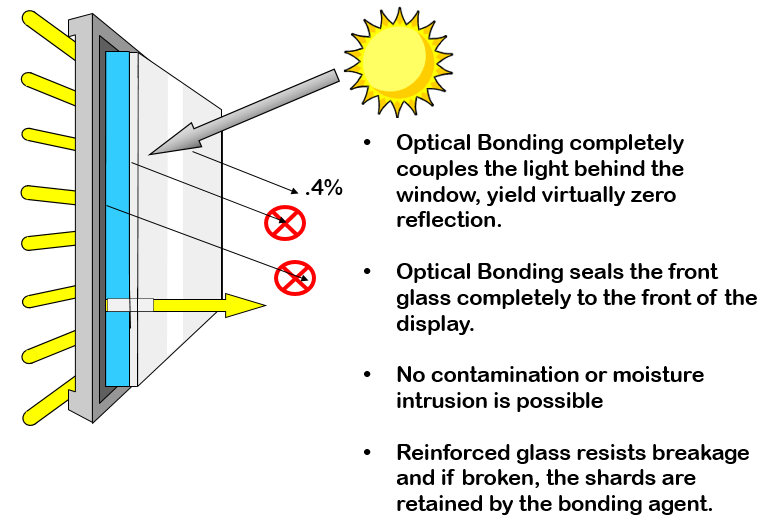 Optical Bonding accomplishes this contrast protection by adding a piece of anti-reflective glass to the front of an LCD then filling the void between the LCD and glass with a special material that eliminates all reflections from the inner surfaces. By eliminating the compounding reflections from the surface, only a slight reflection from the AR glass remains, which is approximately 0.5%. The result is black backgrounds and much brighter, more vivid colors, increasing the effective contrast in ambient light conditions.

This means that an LCD display will appear much brighter and its images much more readable in ambient light conditions. The effect is much closer to a printed poster, which in turn can keep a customer’s eyeballs on the display for a few seconds longer because the message is more readable.

Consider this option the next time an installation is outdoors or in high sunlit conditions, as an optically bonded display becomes a necessity, not a luxury. Not only does optical bonding improve the image contrast and make it seem brighter, it also protects the display, providing longer life.

Global Display Solutions is a member of the DSF, the only independent, not-for-profit trade organization serving the digital signage industry. To learn more, click here.