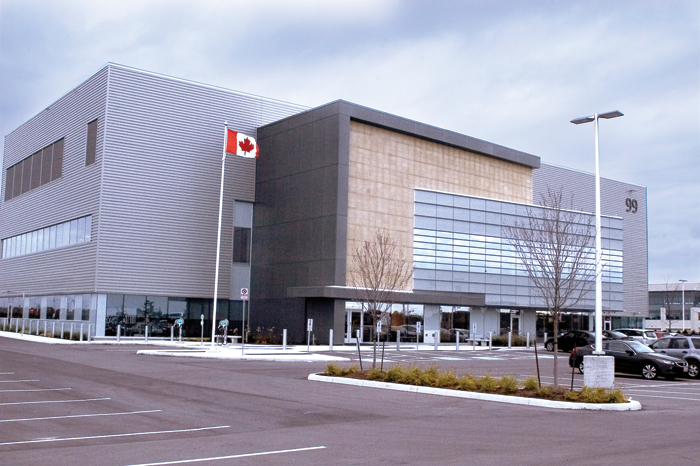 Gestalt is key to system design.

You don’t hear the word “gestalt” applied to AV systems projects very often. But tectonic changes in the technology and ultimately in the culture of AV that are already underway will see the industry borrowing concepts from other disciplines to help make sense of very new ways of doing things.

That’s very much in evidence in the second phase of Air Canada’s new Systems Operation Control (SOC) Center at its site just off the property of Pearson International Airport outside of Toronto, Ontario. Phase One is pretty much what you’d expect of a typical central operations center: several concentric rings of workstations in a circular room about 150 feet in diameter, each with multiple LCD displays, focused around team leaders’ workstations at the center of the ring, with large displays encircling the entire seating area.

It wouldn’t look out of place in a Michael Bay movie, except that, at these workstations, Air Canada employees are engaged in the mission-critical but quotidian tasks of day-to-day airline operations, such as making sure aircraft are are enroute to where they need to be and that fuel, crew, spare parts and catering are waiting for them.

Previous ArticleNew Opportunities For 2014Next ArticleHitting the Bulls-Eye In 2014